Is selling your home without an agent worth the risk? Here’s our breakdown for FSBO wannabes

In 2017, Stephanie and Tim Moore tried to sell their Wilmington, North Carolina, home on their own to avoid the real estate commission that would cut into the slim profit they hoped to make.

But after about four months without an offer, they opted to hire an agent.

The Moores, who are in their early 50s, sold their home less than a month later for more than they expected, about $200,000, with the help of Leigh Saunders, an agent with Century 21 Sweyer and Associates.

“We wasted so much time and it was so stressful to open our home to buyers when we didn’t even know if they were qualified,” says Stephanie Moore. “We wish we had worked with Leigh from the beginning.”

The Moores, whose For Sale by Owner (FSBO) experiment included listing their property on an FSBO website and putting up a yard sign, bought an RV to travel in and now manage an inn in Bodega Bay, California.

Feel the electricity around these cars:These upcoming vehicles are ones to watch 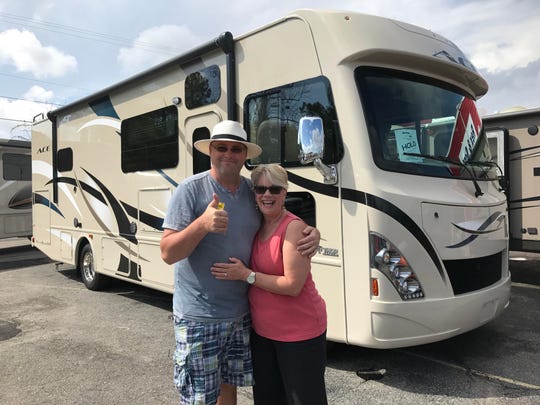 FSBOs represented about 8% of sales this year, according to the National Association of Realtors’ 2019 Profile of Home Buyers and Sellers. That compared with 15% in 1981. NAR’s profile found that 58% of FSBO homes sold in less than two weeks – often because homes were sold to someone the seller knows. Of the FSBO sellers who didn’t know their buyers, more than half (63%) wanted to avoid paying a commission. FSBO sellers don’t pay a listing agent’s commission but they often pay a commission to the buyer’s agent.

Jason Feuerhahn, a real estate investor in Virginia Beach, Virginia,  since 1992, likes the control that FSBO sales give him.

“I spend a few hours looking at comparable homes for pricing, take photos, and fill out the paperwork to list my home on an FSBO site,” says Feuerhahn. “I save money on real estate commissions and pay a small fee to have my property listed on the MLS and other sites.”

After selling with traditional agents for years, Feuerhahn started listing properties with Debbie Kent, a Charlottesville, Virginia, real estate agent and owner of For Sale By Owner of Virginia since 1994. Kent charges $275 to list a property on the local multiple listing service (MLS), Realtor.com and other sites. Additional marketing and negotiating services are available for up to $1,299.

FSBO sales can be marketed for free on Facebook Marketplace and other websites, which is how Annapolis, Maryland, resident Erik Schubert sold a property he inherited in Washington, D.C.

“I had 300 calls and 100 walk-throughs in a day, but normally I would hire an agent,” says Schubert. “This house is empty and in a prime location so I knew it would sell fast, but otherwise it’s a headache to do everything yourself from fixing it up to showing it.”

Schubert opted to save money on an agent’s commission for what he expected would be an easy sale. He listed the property for $850,000 based on nearby sales. Schubert, who is in his 50s, owns a carpentry and tile business, so he painted and fixed the house himself before posting photos online.

Why hire an agent?

Many FSBO sellers who later hire an agent had a contract fall through or grew tired of waiting for an offer, says Roslyn Gauntt, a real estate agent with Century 21 Judge Fite Co. in Colleyville, Texas.

“A lot of FSBO sellers price too high and they may be putting themselves at risk if they’re opening their home to someone who hasn’t been vetted,” says Gauntt.

In addition to helping with pricing and security issues, Gauntt says agents can evaluate a home’s condition, and also stage, photograph and market it. They ensure the contract gets completed.

“I hired an agent after my FSBO had an offer because there were so many legal concerns about the contract and the buyers,” says Chris Hanson, who sold a home in Coppell, Texas, in 2015.  “I don’t think this one would have gone through if I hadn’t hired an agent.”

•    Check conditions of other for-sale properties to see how much work you need to do.

•    Research the local real estate market to decide on a price.

•    Put up street signs directing buyers to your house as well as yard signs.

•    Market your property on as many free websites as possible.

•    Consider paying a flat fee for an MLS listing.

•    Use a lockbox so a buyer’s agent can show your house easily.

•    Leave when buyers want to look at your property.

•    Consider paying an attorney to review the final contract.