ROME (Reuters) – Italy’s new government proposed a 2019 budget with a deficit three times bigger than the previous administration’s target, setting up a clash with the European Commission and sparking a sell-off of state bonds. 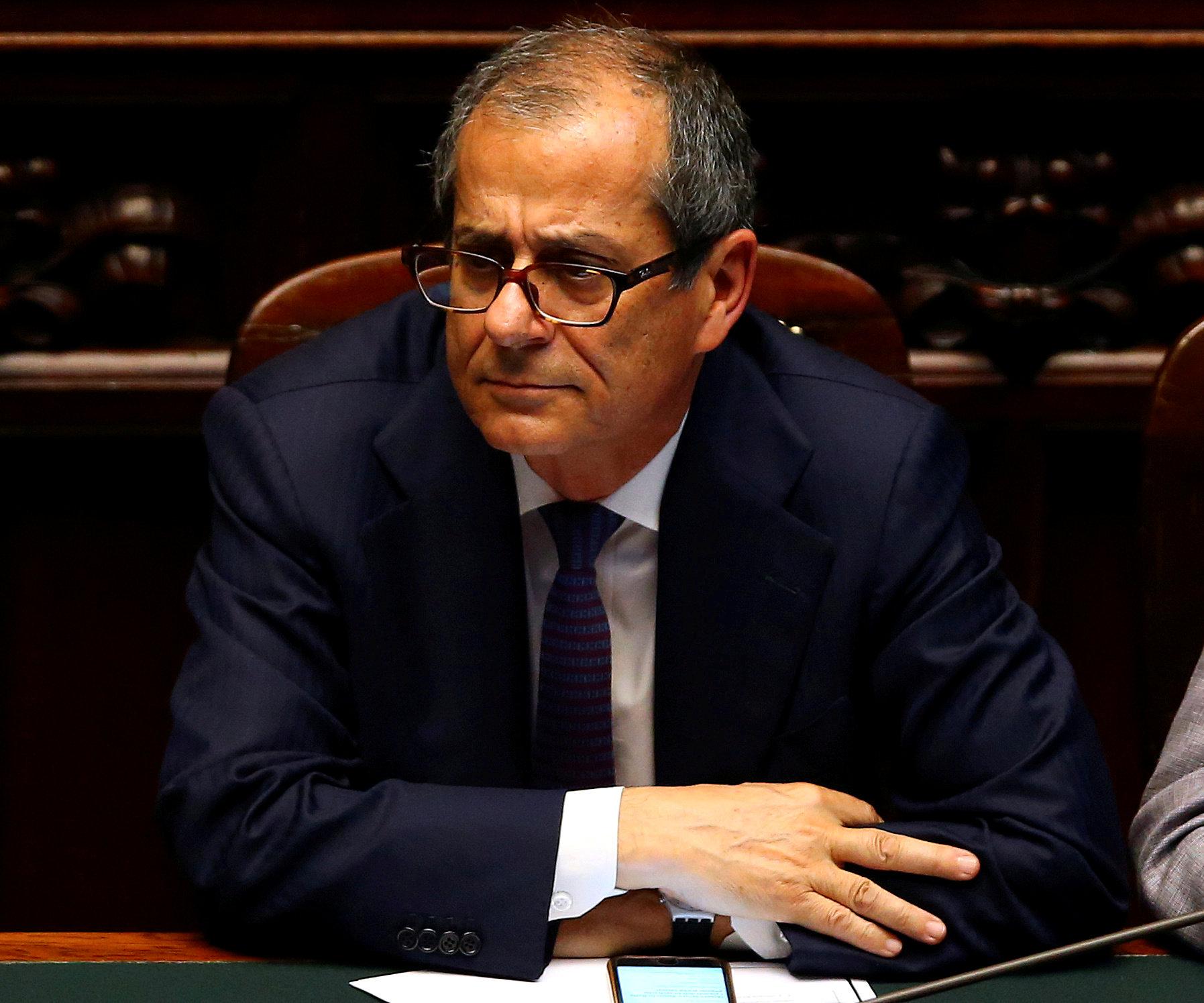 Italy has the heaviest debt burden among big European Union economies, at 130 percent of gross domestic product. It is under pressure from the EU to rein in spending amid fears it could sow the seeds of a debt crisis in the heart of the euro zone.

The four-month-old government late on Thursday night offered a budget with a deficit of 2.4 percent of GDP for the next three years, to fund a major expansion of welfare spending, tax cuts and a boost to public infrastructure investment.

It marked a victory for ruling-party chiefs over Economy Minister Giovanni Tria, an unaffiliated technocrat who had been seen by investors as a comparative fiscal conservative.

Tria had initially wanted a deficit set as low as 1.6 percent next year, hoping to respect European Union demands that Italy progressively cut the fiscal gap to rein in its debt.

The euro slumped on the news overnight before recovering ground. Italian bonds were set for their worst day in over three months, and banking shares also swooned, though fears of a savage selloff were avoided.

“They seem to be on a collision course with Brussels,” said ING rates strategist Martin van Vliet.

European Economics Commissioner Pierre Moscovici said nothing would be gained from a clash with Italy but added: “We don’t have any interest either that Italy does not respect the rules and does not reduce its debt, which remains explosive.”

The coalition government of the 5-Star Movement and the League, which took power in June, had been pushing for a deficit around 2.4 percent of GDP to fund costly campaign promises. Tria had been trying to hold out for something below 2.0 percent.

“There is an accord within the whole government for 2.4 percent, we are satisfied, this is a budget for change,” 5-Star leader Luigi Di Maio and League chief Matteo Salvini said in a joint statement after meetings with Tria.

The statement appeared to refer only to the 2019 deficit target, but government officials and Justice Minister Alfonso Bonafede later said the same deficit level would be maintained for three straight years to 2021.

The policy marks a striking shift from the previous centre-left administration, which had targeted a deficit of 0.8 percent of GDP in 2019 and a balanced budget in 2020.

Tria did not immediately comment, but Di Maio and other government officials said he had no intention of resigning.

President Sergio Mattarella, the head of state, called Tria late on Thursday to ask him not to resign and stay on to avoid market uncertainty, several Italian newspapers said on Friday.

A meeting of the full cabinet to sign off on the government’s economic and financial targets for the next three years ended at around 11 p.m. (2100 GMT) with no news on targets for economic growth or the public debt.

The coalition parties say the priority must be financing policies including a basic income for the poor and a reduction in the minimum retirement age, rather than meeting deficit goals previously agreed with Brussels.

A 2.4 percent deficit target remains inside the 3.0 percent ceiling prescribed by EU rules, but Italy had promised Brussels it would cut the deficit decisively to curb its mammoth debt.

“Today is a historic day, today Italy has changed,” Di Maio posted on Facebook after the deficit goals were announced.

Salvini said the budget would also allow people to retire earlier, freeing up about 400,000 jobs for the young, and cut tax rates for a million self-employed workers.

And in a sign of rising tensions between Rome and Brussels over the budget, a League lawmaker close to Salvini said on Friday that the EU should not risk a battle with Italy while also struggling to deal with Britain’s exit from the bloc.

“If it wants to open a second front in Italy, then be my guest,” said Alberto Bagnai.

The European Commission said on Friday it would assess Italy’s budget plan, along with those of other euro zone members, in the weeks after their formal presentation by Oct. 15.