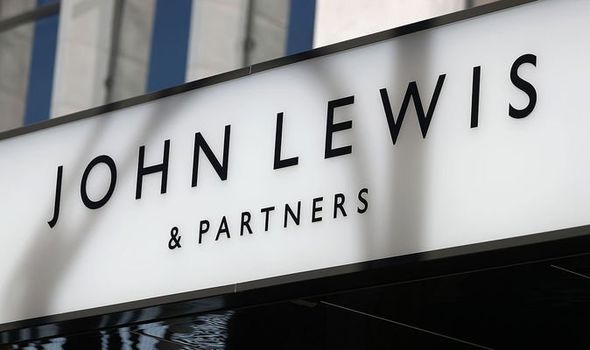 The retail giant unveiled a £29million pre-tax loss for the half-year to July 31, representing a significant improvement from the £635million loss it posted for the same period last year. Profit before exceptional items was £69million, versus a loss of £55million in the same period last year, helped by £66million of cost savings and government business rates relief of £58million.

JLP’s chairman, Sharon White, said the results were better than the group’s expectations as it was boosted by a jump in sales.

Waitrose has seen a two percent increase on last year and a 10 percent rise compared with 2019/20.

A partnership with Deliveroo has also generated almost £1million a week for the company.

However, this was significantly offset by the cost of eight more department store closures and more than a thousand redundancies.

In a letter to partners at the John Lewis Partnership, Ms White said: “We have begun the financial year with profits recovering, ahead of both last year and expectations set at our year-end results.

“Traditionally, our profits are skewed to the second half of the year because of the importance of Christmas, especially in John Lewis.”

The retail group added that there is significant uncertainty as it tackles “supply chain challenges and labour shortages”.

JLP said it is also seeing inflationary pressures which it expects to persist.

The group said it has taken measures to avoid disruption to Christmas shopping, including plans announced on Wednesday to hire 7,000 temporary staff.