About 1,400 Kellogg Co. cereal plant employees went on a strike on Tuesday, hoping to get the packaged foods maker to negotiate what a labor union called a "fair contract" for the workers.

The Froot Loops cereal maker has been negotiating the payment and benefits terms of a new contract – the existing one expired at midnight on Monday – with union workers for a while now.

Shelton said Kellogg has threatened to send additional jobs to Mexico if workers do not accept its proposals.

However, Kellogg, which brings in about a third of its sales from cereals, said its compensation and benefits for U.S. cereal plant employees were among the industry's best. 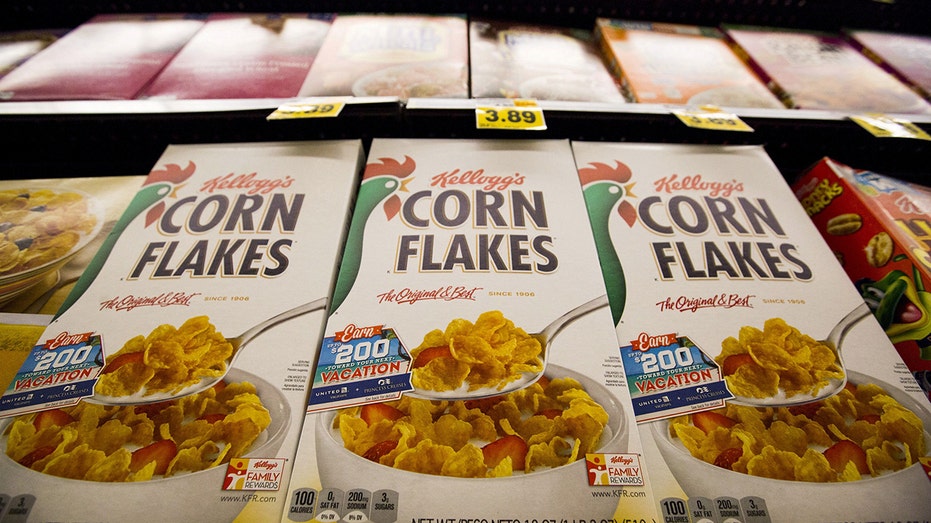 About 1,400 Kellogg Co cereal plant employees went on a strike on Tuesday, hoping to get the packaged foods maker to negotiate what a labor union called a “fair contract” for the workers. (Reuters)

"We are disappointed by the union's decision to strike … our offer includes increases to pay and benefits for our employees," Kellogg spokesperson Kris Bahner said.

The company also said it was implementing contingency plans to deal with supply disruptions, including internal and third-party resources.

The union used what looked like an angry version of Kellogg's Frosted Flakes mascot, Tony the Tiger, in posters asking people to join the picket. Pictures on social media showed several workers holding banners outside the facilities.

"The company has a pretty good idea on how long they are willing to hold out and we are going to stand fast as long as we have to," said Daniel Osborn, president of the local union in Omaha, noting the strike had gone on for 18 hours already.