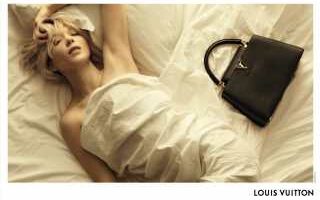 SOME LIKE IT HOT: Léa Seydoux is not done exploring the different faces of Marilyn Monroe.

After channeling the screen icon for the December issue of French Vogue, the French actress is reprising some of Monroe’s most famous photo shoots in her latest Louis Vuitton campaign, which finds her naked in bed with only a Capucines handbag for company.

The images were photographed by Steven Meisel, art directed by Nicolas Ghesquière, artistic director of women’s collections at Vuitton, and styled by Marie-Amélie Sauvé. They bring to mind portraits by Eve Arnold of a naked Monroe rolling in bed, as well as “The Last Sitting,” a photo shoot with Bert Stern that took place six weeks before the iconic actress died in 1962. 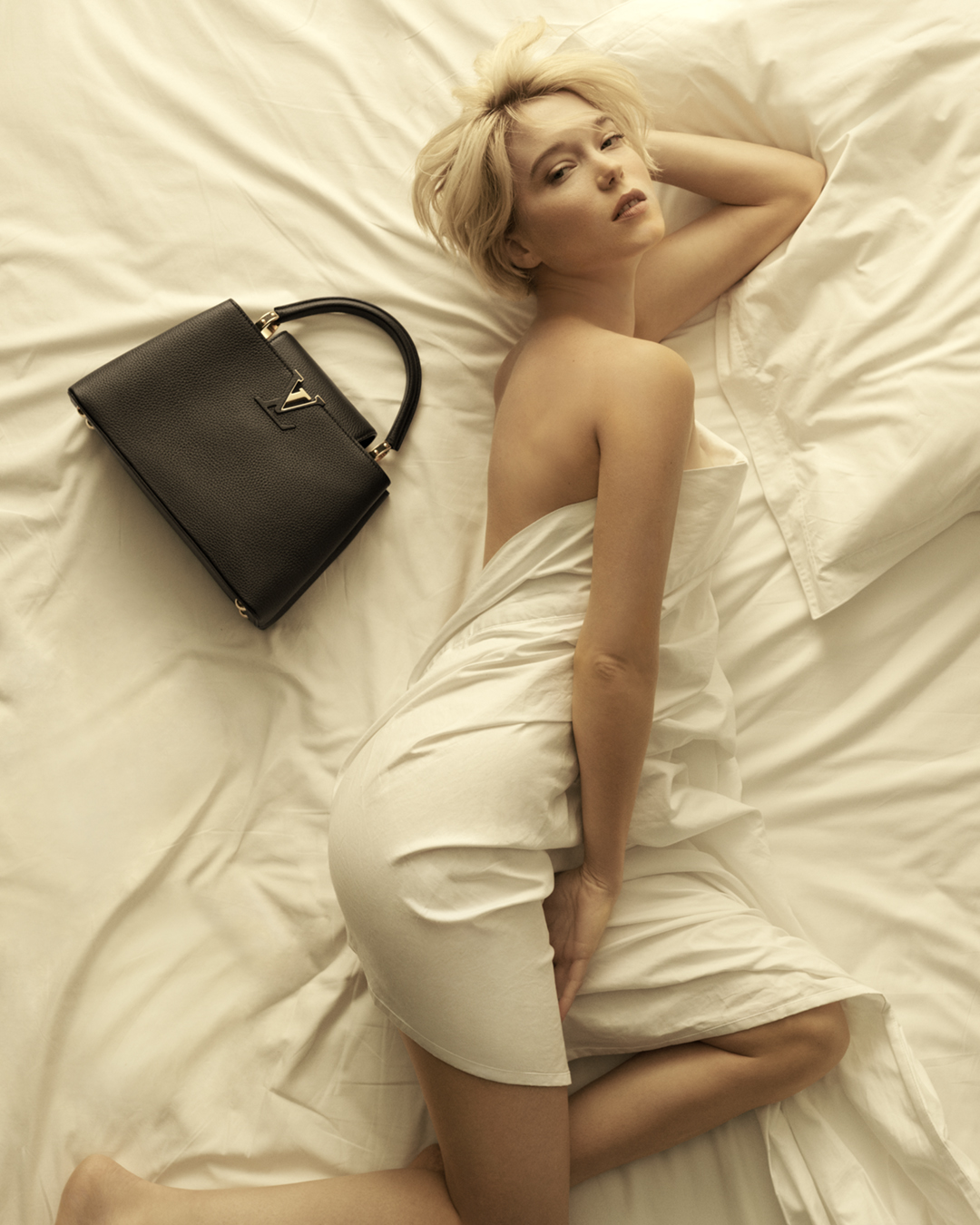 In her recent French Vogue shoot with Alasdair McLellan, Seydoux re-created other famous portraits of Monroe by Cecil Beaton and Milton Greene.

A spokeswoman for Vuitton said that while Monroe was “an everlasting source of inspiration,” the images also refer to the fantasy of “Bond girls.” Seydoux is set to reprise her role as Madeleine Swann opposite Daniel Craig in the upcoming James Bond film “No Time to Die,” which is now set for release in October after several postponements due to the coronavirus pandemic.

“The campaign portrays the intimate relationship between a woman and her bag and highlights the timeless elegance of the Capucines bag,” Vuitton said in a statement. The French fashion house is billing the style, launched in 2013, as a “modern classic,” highlighting the large model in black leather for the campaign.

“The Capucines represents for me the quintessence of French know-how. I am very proud to be the ambassador of this bag that I love and wear every day,” said Seydoux, who has been a Vuitton brand ambassador since 2016.

The campaign is set to break in the April issues of magazines worldwide.