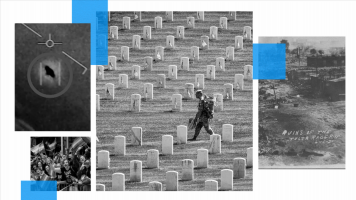 Looking forward to Your Week with USA TODAY

“Today, on Memorial Day, when people say, ‘thank you for your service,’ it’s a beautiful way to tip their cap to the 1.2 million people actively serving in the armed forces, or our 20 million veterans,” writes Mike Hayes in today’s Opinion section.

But that’s not enough.

The retired Navy SEAL commander asks you to find a way to honor soldiers who died in uniform. From nurturing the elderly and mentoring the young, to helping clean beaches or roadways or reaching out to someone in need, Hayes challenges: This Memorial Day, what are you doing to better this country?

I’m Alex, and this is your weekly guide to making the most of your USA TODAY subscription. The stories below encompass the best journalism of the week I don’t want you to miss. Ever have a question, comment or concern? Email me!

Today, USA TODAY is looking not just at what Memorial Day means but also at what everyday Americans are up to:

✈️ A whopping 37 million people are traveling. With COVID-19 cases dwindling and vaccination rates increasing, it’s safe to say that Americans are ready to hit the road again.

🎥 How about the movies? There are two great options out now, “Cruella” and “A Quiet Place Part II.” Are you ready to head back to theaters with these new safety protocols?

A rumor, then a gunshot. One hundred years ago today, a white mob destroyed Greenwood, a district of Tulsa, Oklahoma. Hundreds of Black residents were killed, or injured. In all, only a few white residents were held responsible. And for decades, the massacre was erased from history books and lessons.

Eighty-three percent of people surveyed by the Oklahoman, part of the USA TODAY Network, said they never received a full lesson on the Tulsa Race Massacre or Black Wall Street in their K-12 school.

Now, a century after one of the worst race massacres in 20th-century America, the Oklahoman is telling its city’s history. Please dig in and learn about this forgotten piece of America’s past.

Expand your worldview with these features

HEALTH | COVID-19 left college students depressed and anxious. As these students graduate and join the workforce, they do so without the free or cheap mental health care available at college, worrying economists. Who will pay for their therapy? By Lindsay Schnell.

LIFE | Is coming out as a member of the LGBTQ community over? The answer, much like the coming out experience itself, is more nuanced than waving a rainbow Pride flag. A future in which LGBTQ members don’t feel obligated to explain or qualify their sexuality will require sweeping societal change. And it could be possible someday, but we’re not there yet. By David Oliver.

MARKETS | Americans are paying more for everything from rental cars to hotels due to pent-up demand for travel. But rising inflation won’t just weigh on your travel budget or your shopping bills. It could also affect your investments. So what about your 401(k) and mutual funds? Here’s how to protect your nest egg. By Jessica Menton.

Pride Month is almost here, and USA TODAY has extensive coverage planned. But first, here’s how to celebrate with parades, in-person and online events; a primer on definitions that every good ally should know; and some history: “My mother introduced the first LGBTQ rights bill to Congress. Let’s make her proud.”

Feel free to respond to this email, or you can reach me directly at [email protected]