WASHINGTON (Reuters) – U.S. job growth likely picked up in September, with wages increasing solidly, which could assuage financial market concerns that the slowing economy was teetering on the brink of a recession amid lingering trade tensions. 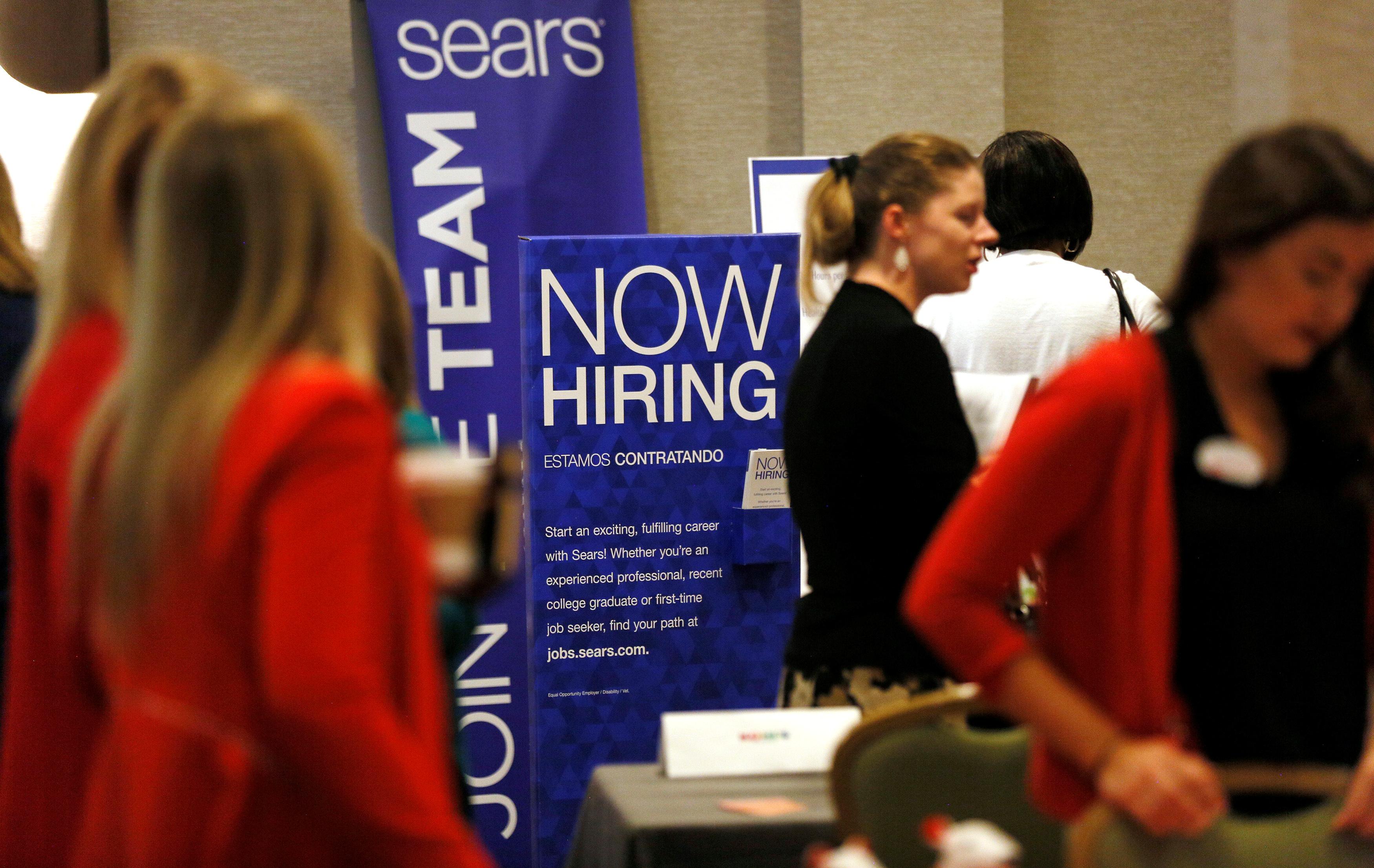 The Labor Department’s closely watched monthly employment report on Friday will come on the heels of a string of weak economic reports, including a plunge in manufacturing activity to a more than 10-year low in September and a sharp slowdown in services industry growth to levels last seen in 2016.

With signs that the Trump administration’s 15-month trade war with China is spilling over to the broader economy, continued labor market strength is a critical buffer against an economic downturn. The U.S.-China trade war has eroded business confidence, sinking investment and manufacturing.

“The economy is slowing, but it is not in recession and there is no reason to believe it will go into the red this year,” said Joel Naroff, chief economist at Naroff Economic Advisors in Holland, Pennsylvania. “The jobs report will likely confirm that situation as moderate job growth is expected.”

Nonfarm payrolls probably increased by 145,000 jobs last month after gaining 130,000 in August, according to a Reuters survey of economists. August job growth was probably held back by a seasonal quirk related to students leaving their summer jobs and returning to school. It could be revised higher as has been the trend in the past several years.

Regardless of whether employment growth remains moderate, economists expect the Federal Reserve to cut interest rates at least one more time this year given trade policy uncertainty.

Washington announced this week tariffs on aircraft, other industrial and agricultural products from the European Union as part of a World Trade Organization penalty award in a long-running aircraft subsidy case. Trade experts expect the EU will impose tariffs on U.S. goods next year over subsidies for Boeing (BA.N).

“The Fed will have to cut interest rates again probably in October or December,” said Sung Won Sohn, a business economist at Loyola Marymount University in Los Angeles. “The Fed is the only game in town to support the flagging economy.”

The U.S. central bank cut rates again last month after reducing borrowing costs in July for the first time since 2008, to keep the longest economic expansion in history, now in its 11th year, on track. Growth estimates for the third quarter range from as a low as a 1.3% annualized rate to as high as a 1.9% pace. The economy grew at a 2.0% pace in the second quarter, slowing from a 3.1% rate in the January-March period.

September hiring could, however, surprise on the downside. The Institute for Supply Management’s (ISM) measure of manufacturing employment tumbled to more than a 3-1/2-year low last month. In September, the ISM’s a gauge of services industry employment fell to its lowest reading since February 2014.

Despite signs that businesses are becoming more cautious hiring workers, layoffs hit a five-month low in September and the number of Americans filing for unemployment benefits remains near historic lows.

September’s anticipated job gains would be below the monthly average of 158,000 this year, but still above the roughly 100,000 needed each month to keep up with growth in the working-age population. The unemployment rate is forecast unchanged at 3.7% for a fourth straight month in September.

The tight labor market is steadily pushing up wage growth, helping to drive consumer spending and keep the economy supported. Average hourly earnings are forecast to have increased 0.3% last month after rising 0.4% in August. That would keep the annual increase in wage growth at 3.2%.

“The good news is the labor market remains tight, businesses are still finding it difficult to find workers, so we are seeing strong wage growth that is boosting paychecks and supporting consumer spending,” said Gus Faucher, senior economist at PNC Financial Services Group in Pittsburgh.

The average workweek likely held steady at 34.4 hours in September. Hiring is slowing across all sectors, with the exception of government, which is recruiting for the 2020 decennial census.

Private payrolls are forecast to increase by 133,000 jobs in September after rising only 96,000 in August. Manufacturers probably added another 4,000 jobs to their payrolls after hiring 3,000 workers in August.

Factory employment has slowed from last year’s brisk pace. Manufacturing has ironically borne the brunt of the Trump administration’s trade war, which the White House has argued is intended to boost the sector. Factories have also been cutting overtime for workers.

Government employment likely increased solidly in September after surging by 34,000 jobs in August.