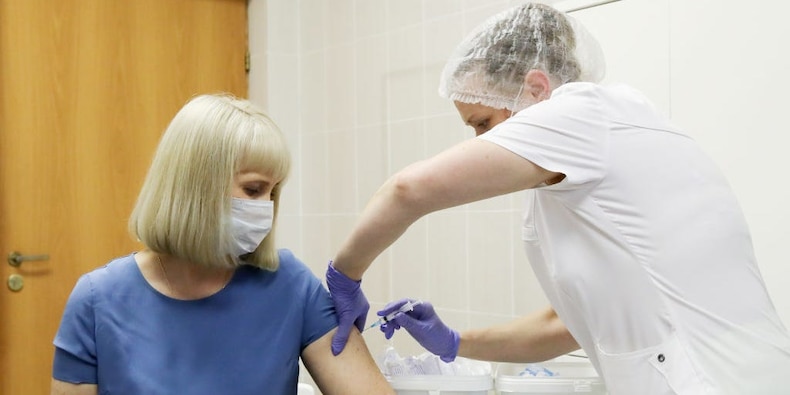 Moderna’s stock leapt as much as 15% in pre-market trading on Monday after the company announced its vaccine candidate is officially 94.5% effective.

The US drugmaker said an independent group of experts found clear signs of effectiveness after reviewing preliminary data from an ongoing 30,000-person study.

The company plans to submit an application for Emergency Use Authorization with the US FDA in the coming weeks on the basis of the final analysis of 151 cases and a median follow-up of more than 2 months.

Moderna’s vaccine shot is the second major vaccine program to announce success in a late-stage trial.

“This positive interim analysis from our Phase 3 study has given us the first clinical validation that our vaccine can prevent COVID-19 disease, including severe disease,” Stéphane Bancel, Moderna’s CEO, said in a statement.

Pfizer and its German partner BioNTech said last week that their experimental COVID-19 vaccine was over 90% effective in preventing infection.

Developing an effective vaccine against a novel virus in less than a year is an unprecedented feat in medicine.

A third vaccine being developed by Janssen, a subsidiary of Johnson & Johnson, will enter large-scale clinical trials in the UK on Monday. 6,000 British volunteers have signed up to participate in the Phase-3 trial.

Investors are also waiting on progress reports from AstraZeneca, which has partnered with Oxford University.

Read more: Peter Lynch disciple William Danoff manages over $124 billion and has beaten the market for 30 years. He shares the 10 investment rules that ensured his success.

Covid-19 coronavirus: Queenstown is a tourist town with no tourists – Darren Lovell