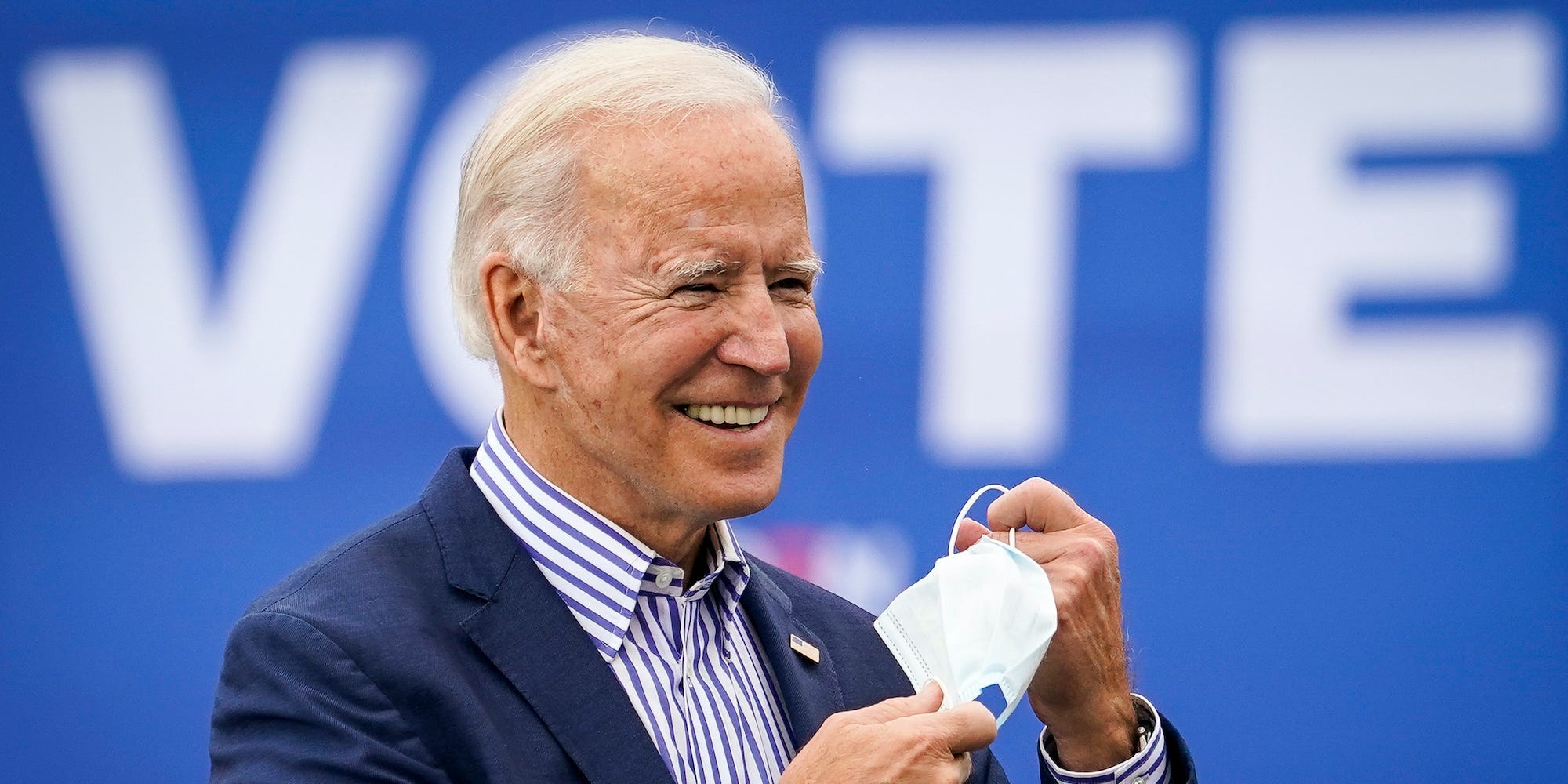 Investors are turning less bearish toward a potential Democratic sweep’s market implications, but certain assets have yet to catch up, Morgan Stanley said in a Thursday note.

A new survey conducted by the bank has clients taking on a more balanced tone regarding a so-called blue wave election outcome. Though respondents aren’t completely bullish, they have embraced that a Democrat-led government would likely pass more fiscal stimulus and prop up the US economic recovery, Morgan Stanley said. The aid package could even exceed the $2.2 trillion sought by Democrats before negotiations for a pre-election deal fell through.

Yet some trades “aren’t ‘in the price'” for a Democratic sweep and hefty stimulus measure, strategists led by Michael Zezas said in a note. The bank also raised the odds of election results emerging on November 3 to 35% from 20%. While still unlikely, a clear election night outcome could spur quick gains across risk markets.

In the bond market, Morgan Stanley’s strategists expect 10-year and 30-year Treasury yields can swing higher by 0.2 to 0.3 percentage points. A Democratic sweep can fuel a “severe” sell-off in Treasurys as investor bank on near-term stimulus to lift value stocks. Shorting US rates into the election can take advantage of such a price shift, the team said.

Selling the US dollar can similarly pay off, the strategists added. A blue wave scenario and subsequent fiscal support would likely devalue the dollar against both G10 peers and emerging-market currencies, as increased spending floods the US with new cash.

Finally, European stocks are poised to outperform whether Democrats sweep or not, according to the bank. The European market is least priced for a blue wave, despite the scenario having the highest likelihood of happening based on FiveThirtyEight.com’s model. With a Biden presidency likely to stray from the Trump administration’s aggressive trade policies, European firms would likely benefit from such an outcome.

“We believe all of these markets offer good asymmetric ways to position for the election,” the team said.