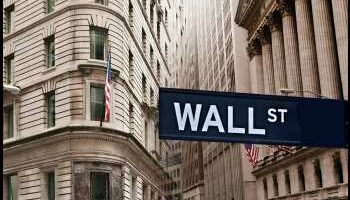 With just about an hour to go for the closing bell on Tuesday, the major U.S. averages are hovering around their previous closing levels with investors making cautious moves as they look ahead to some crucial economic data for fresh direction.

The S&P 500 and the Nasdaq both scaled fresh all-time highs today, and the Dow, which ended notably lower on Monday, had a good spell in positive territory after a firm start today.

Technology and bank stocks saw some brisk buying in today’s session, but are currently off their higher levels.

Facebook shares, which rose sharply in the previous session, are down in negative territory, weighed down by news that the U.S. District Judge James Boasberg has left the door open for the Federal Trade Agency to refile its claims against the social media company.

Shares from the financial sector moved up after major banks announced a hike in dividends. Energy stocks are sluggish amid concerns about outlook for energy demand due to spikes in the Delta variant of the coronavirus and the resultant fresh curbs on travel in several countries.

In economic news, the Conference Board said Tuesday that its Consumer Confidence index for June came in with a reading of 127.3, up from a revised reading of 120.0 in the previous month.

The S&P CoreLogic Case-Shiller 20-city home price index in the US increased by 14.9 percent in April 2021, following a revised 13.4 percent growth in the previous month and beating market expectations of 14.5 percent.