HELSINKI (Reuters) – Nokia warned of a soft start to 2019 before a better second half for its fifth-generation (5G) mobile network technology, sending its shares sharply lower on Thursday. 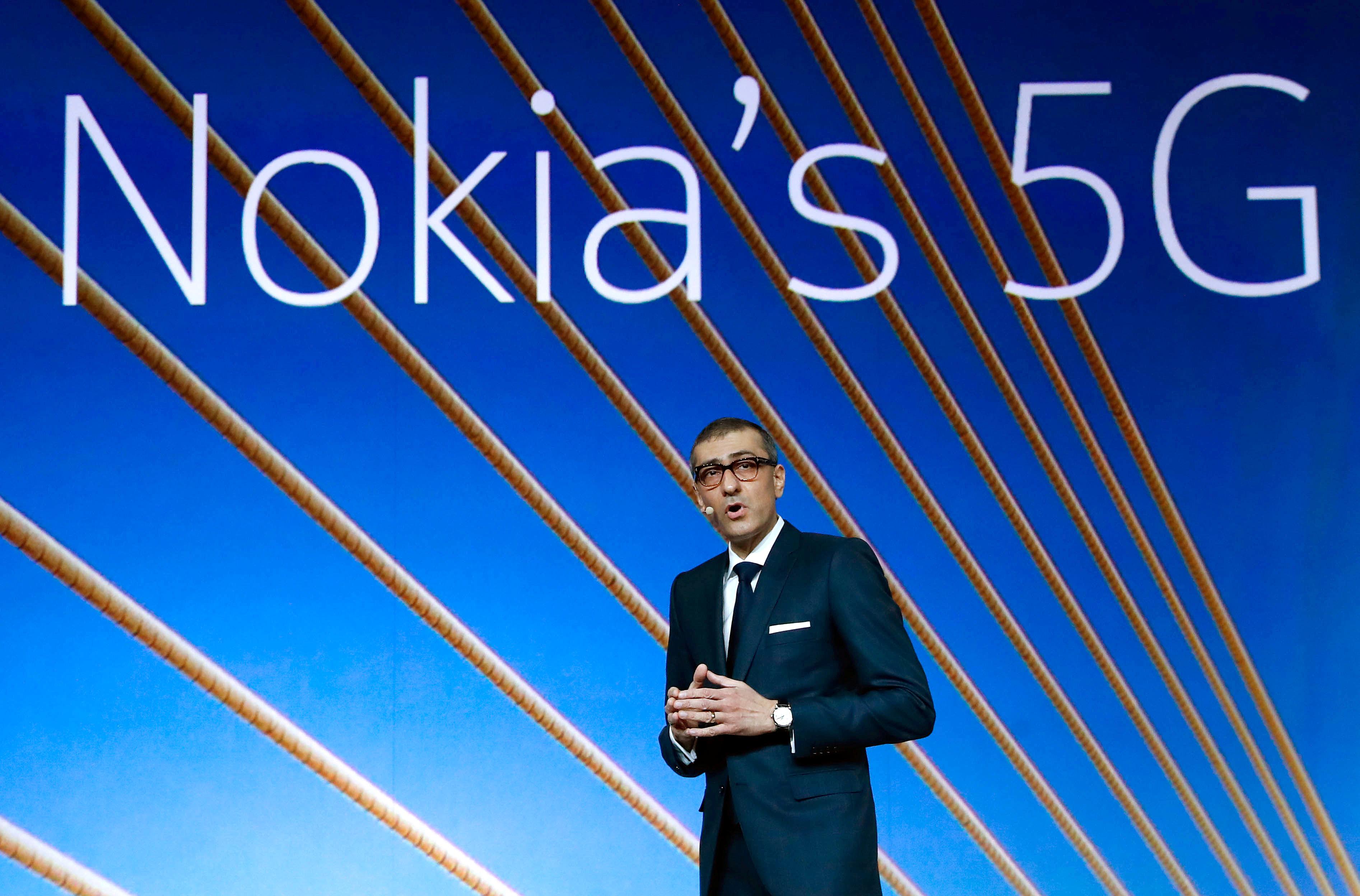 “We expect 2019 to have a soft first half followed by a much more robust second half,” CEO Rajeev Suri said in a statement.

The Finnish firm said it expected 5G mobile networks to fuel gains over the next two years.

“There was a bit more uncertainty in the outlook than I was expecting but the big picture is still the same. The market is recovering well with 5G and they’re heading toward their 2020 targets,” said analyst Mikael Rautanen at research firm Inderes, which holds an accumulate recommendation on Nokia.

“Overall it was a quite good Q4 as expected.”

The networks industry has faced slowing demand since 4G network sales peaked in the middle of the decade but a new cycle of network upgrades appear to be kicking in as demand for 5G services increases.

Nokia counts Chinese market leader Huawei and Sweden’s Ericsson as its main rivals. Some analysts think it might benefit from challenges faced by Huawei after Washington alleged its equipment could be used by Beijing for spying.

Suri declined to comment specifically on how the fallout from the Huawei case might impact its business, saying only that the company was monitoring the situation.

Nokia reported a fourth-quarter operating profit (non-IFRS) up 12 percent to 1.12 billion euros which beat analysts’ forecasts helped by its software and enterprise businesses.

Gains in the software business — which Nokia said it plans to start reporting separately this quarter — also underpinned the strong fourth quarter.

Company executives on a conference call said more than 70 5G trials were under way and that business was strong in the United States, its biggest market.

“We had a strong 2018 in North America as we had been indicating throughout the year,” Chief Financial Officer Kristian Pullola said.

“That’s the lead market where 5G is starting to happen and Nokia has been delivering on that promise.”