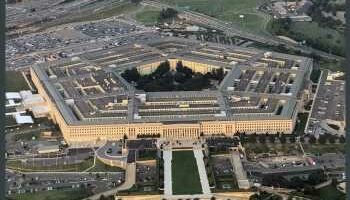 The U.S Defense Department on Tuesday canceled its Joint Enterprise Defense Infrastructure or JEDI contract with Microsoft Corp. (MSFT). The cloud-computing contract, which could have been worth $10 billion, was always under the scanner as both Microsoft and Amazon Inc. (AMZN) were at loggerheads over the deal.

The Defense Department said instead of the JEDI contract, it plans to sign a deal with both Microsoft and Amazon and also other cloud service providers.

The Pentagon said in a statement, “With the shifting technology environment, it has become clear that the JEDI Cloud contract, which has long been delayed, no longer meets the requirements to fill the DoD’s capability gaps.”

The JEDI contract was drafted to facilitate for the Army better access to data from distant locations with the help of cloud technology. The contract was at first expected to be awarded to Amazon, but the Department then gave to Microsoft in October 2019. This prompted Amazon to file a lawsuit against the Pentagon.

In its lawsuit, Amazon had argued that Microsoft was wrongly awarded the contract, in the backdrop of ex-President Donald Trump’s antagonism toward Amazon’s CEO Jeff Bezos, who owns The Washington Post. The newspaper was a sharp critic of the then-U.S President and his policies.

Giving details about the new program replacing JEDI, Pentagon’s Chief Information Officer, John Sherman, said, “The landscape has evolved with new possibilities for large-scale cloud computing services. Thus, it was decided, he said, to start over and seek multiple vendors.”

Pentagon said the JEDI will be replaced by a new program known as Joint Warfighter Cloud Capability and it was open to all large cloud service providers, including Amazon and Microsoft.

The Joint Warfighter Cloud Capability program is a five-year one and the contract is expected to touch the “billions” although the Pentagon would not comment on the costs involved.