As the General Election results continued to be revealed overnight, seeing Boris Johnson’s Conservatives secure a majority, it was suggested that the pound could be expected to soar above predictions to $1.40.

Nigel Green, chief executive and founder of deVere Group, commented: “The pound has enjoyed its biggest surge in a decade on the hopes that a solid Conservative majority can finally end the Brexit deadlock.

“Many traders were caught off guard by the size of the majority and this may push the pound even higher than previous predictions. We could see bullish traders now take it to $1.38 or maybe even as high as $1.40.”

He continues: “With more political certainty due to the large majority, the UK economy is also likely to receive an election bounce.

“Billions of pounds in business investment that has been on the sidelines due to the parliamentary paralysis is now ready to be unleashed. This will give a much-needed boost the slowing British economy.”

He goes on to add: “The UK’s FTSE 100 will open higher on Friday morning. However, this is likely to be a positive knee-jerk reaction, with some gains likely to be given up throughout the day as most FTSE companies earn in dollars and the pound is stronger.”

The deVere CEO also offers a cautionary caveat: “It now looks more likely that Boris Johnson will indeed be able to ‘get Brexit done.’

“His party’s large majority in the Commons helps him pass his Brexit deal and it gives him more political sway when negotiating the UK’s future relationship with the EU and reducing the risk of no-deal at the end of 2020.

“However, there’s still a long way to go. Mr Johnson’s self-imposed end of December 2020 deadline is a mammoth challenge, and a no-deal Brexit is still possible on 1st Jan 2021.

He adds: “The result election also puts a question mark over Scotland’s future in the United Kingdom. The SNP’s gains will embolden them in their key aim of securing Scottish independence.

“Mr Johnson’s monumental task to deliver Brexit with a deal and the Scotland issue will continue to fuel uncertainty in 2020.” 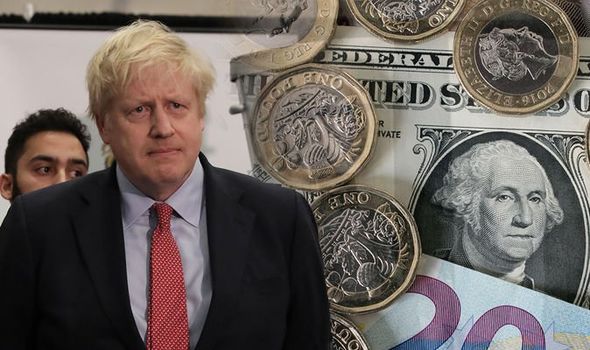 Yesterday, ahead of Britons heading to the polls, the pound was at 1.187 against the euro.

“The pound remained flat with the US dollar compared to yesterday too, at 1.32.

“As Brits head to the polls today, it’s likely we could see further fluctuations.

Amid speculation about how the UK election could affect the exchange rate, Jared Jesner, CEO of WeSwap, commented on how Brits can make their money stretch as far as possible amidst the fluctuation and ever-changing value of the pound.

He said: “With the ups and downs of the pound, it’s difficult to plan when to exchange your currency. 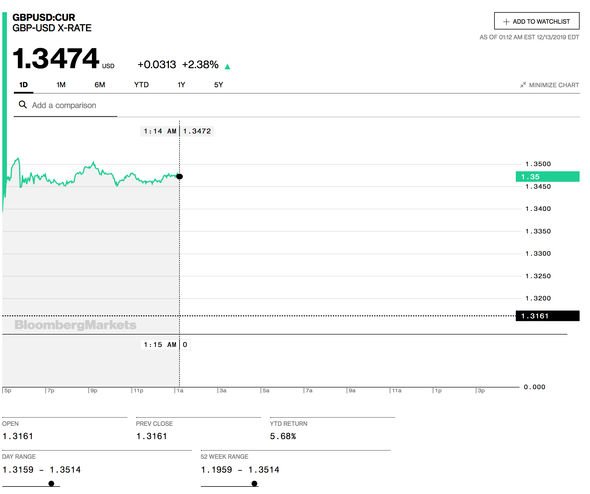 “To try and keep ahead of the fluctuations, and even make the most of them, there are several rate alert systems you can use which allows people to exchange money at the rate of their choice.

“We’ve also conducted research that shows nearly half of Brits buy all their travel money in one sitting.

“It can be wise, however, to exchange half your holiday money now and half closer to when you go away in the event that the pound strengthens.

“Above all, avoid buying your holiday money last minute. The bureaux de change at the airport or train stations often offer sub-par rates. Despite advertising zero percent commission, they often mark up their exchange rate to include fees of anything up to 13 percent, knowing holidaymakers have no choice but to accept. 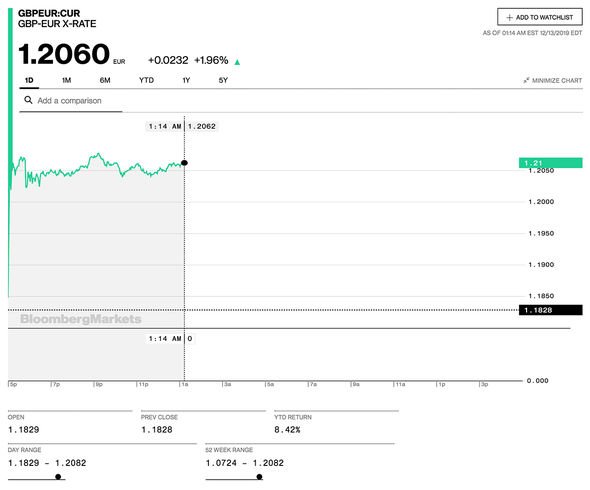 “It goes without saying that it’s best to find free ATMs while abroad.

“If this isn’t possible, avoid further charges by withdrawing more money less often. And if an ATM or card machine asks if you want to be charged in the local currency, always say yes.

“When you return home, look for buy back services. These allow holidaymakers to exchange leftover holiday money back into pounds.

“Due to the ups and downs of the market, you may get more for your pound than you did before you jetted off.”