NEW YORK (Reuters) – Investors are growing more fearful that U.S. companies’ profits could shrink this year following Apple’s warning of soft demand in China, coupled with mounting evidence of a drag from tariffs, a global slowdown and fading tailwinds from tax cuts. 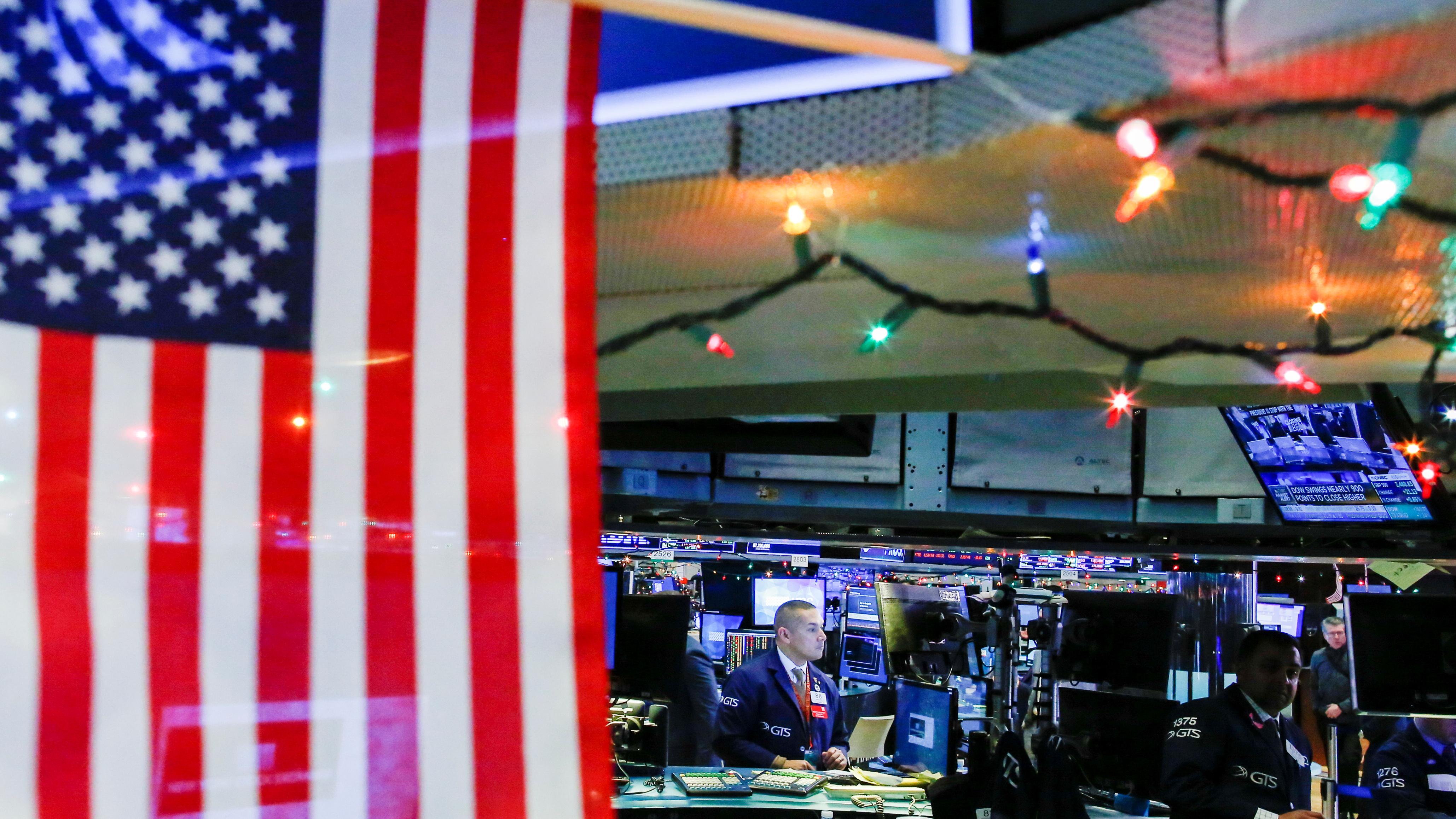 Profit-growth estimates for 2019 had already been eroding for months before widely held Apple Inc (AAPL.O) darkened the outlook further last week with the first cut to its sales forecast in more than 15 years.

Earnings this year were never going to rise as quickly as in 2018, when federal tax cuts fueled growth rates above 20 percent for S&P 500 .SPX companies for much of the year, according to Refinitiv’s IBES. For 2019, analysts now see profits growing by 6.8 percent, down sharply from an Oct. 1 estimate of 10.2 percent earnings growth.

Moreover, in the first half of 2019, profits are seen rising substantially more slowly than that pace, thanks largely to the rapid decline in forecasts for technology sector earnings, which should account for roughly a fifth of the index’s profits.

That has some investors watching for signs that U.S. stocks could slip into a profits recession, defined as at least two straight quarters of year-over-year earnings declines. The last of those occurred from July 2015 through June of 2016, which dovetailed with a broad run of stock market underperformance.

“You bet it’s on the radar,” said Hugh Johnson, chief investment officer of Hugh Johnson Advisors LLC in Albany, New York. “The Apple comments and where they’re headed – that’s going to cause estimates to come down even further.”

APPLE WARNING ‘GOES TO THE HEART’

Increased concern over the potential for an earnings recession comes at a turbulent time for stocks, with the S&P 500 registering its worst December performance since the Great Depression, only to rally more than 9 percent since hitting a 20-month low on Christmas Eve.

With the S&P 500 recently trading at 14 times expected earnings, down from a multiple of 18 a year ago, a key argument for market bulls is that stocks have become undervalued after the recent sell-off.

Apple’s news also highlights the potential impact of trade tensions between the two largest economies, the United States and China.

The warning from Apple “started to provide kind of a confirmation for the earnings recession folks out there,” said Chuck Carlson, chief executive officer at Horizon Investment Services in Hammond, Indiana.

“Its impact goes beyond just its suppliers; it goes to the heart of investment psyche for a lot of folks,” he said.

Profit forecasts for technology companies have fallen more than for any sector other than energy, which has been buffeted by the collapse in oil prices.

S&P 500 tech .SPLRCT earnings are expected to decline year-over-year for the first three quarters of 2019, based on Refinitiv’s data, and deliver growth of just 2.6 percent this year, the lowest of any sector.

That is a big reversal from its long-standing role as a profit-growth leader. Tech, in the top three sectors ranked by profit growth in seven of the last eight quarters, is estimated to have delivered earnings per share growth of 23.2 percent in 2018.

To be sure, there are plenty of strategists who still say an earnings recession this year is unlikely, thanks to a relatively still solid U.S. economy. Friday’s jobs report helped support that view.

“Earnings recessions are exceptionally rare outside of an economic recession,” said Hans Olsen, chief investment officer of Fiduciary Trust Company in Boston. “I don’t think we are going to have another earnings recession, but it might feel like a recession.”

Financials, health care and other sectors could pick up some of the slack as tech earnings falter, some strategists say. This year’s estimates for those sectors have held up better than others, Refinitiv’s numbers show.

Adding to U.S. companies’ potential woes, a strengthening dollar could become an even bigger negative for many U.S. multinationals this year, strategists said.

The dollar index .DXY, which tracks the greenback against six major currencies, rose 1 percent during the fourth quarter and was up 4.4 percent year-over-year by the end of the quarter.

“People are just starting to talk about (dollar strength),” Fiduciary Trust’s Olsen said. Weaker oil prices will drag as well, he said, in a reversal of what occurred in 2018.

Top strategists at some big banks had been getting more pessimistic on earnings heading into the new year. Morgan Stanley in its outlook late last year said there was more than a 50 percent chance of a “modest earnings recession” in 2019.

Goldman Sachs strategists nodded to the weakening trend in a recent note: “We expect a sharp slowdown in profit growth in all regions this year, particularly in the U.S., coupled with significant downgrades to consensus expectations.”