Public sector bankers have got away for too long

Nothing has ever been done to make bank officers accountable, except for the rare actions when there is a public controversy, argues Debashis Basu. About a fortnight ago, the Rajasthan police arrested former State Bank of India chairman Pratip Chaudhuri following an order by the chief judicial magistrate’s court in Jaisalmer. He was remanded in 14-day custody after the court rejected his bail application.

The judge was acting on a protest petition filed by former directors of Hotel Gaudavan, who alleged that SBI had sold their Rs 200 crore (Rs 2 billion) worth property for just Rs 25 crore (Rs 250 million) to Alchemist Asset Reconstruction Company after the owners had defaulted on a loan.

Chaudhuri, the complainants alleged, was chairman in 2013, when the decision taken and had joined the board of Alchemist after his retirement, and hence he is alleged to have somehow engineered the sale.

This has predictably outraged and alarmed public sector bankers. But anyone reading this news may get wrong notions about what is going on. Here is how I see the incident.

One, there are laid-down procedures of selling a loan to asset reconstruction companies.

It is common sense that a loan is sold to an ARC only when it has gone bad.

Bad loans are not classified whimsically but through a clear process laid down by the Reserve Bank of India.

In this case, the complainants had taken a Rs 25 crore loan from the bank in 2007.

When they failed to keep up with interest and repayment, SBI started making efforts to recover the loan.

It is remarkable that the defaulters, who had no control over the asset, were able to get the court to act on their behalf when they cannot be the aggrieved party even if the asset was subsequently found to be of value.

When SBI failed to recover its money, it sold the loan to Alchemist, the ARC, in March 2014.

This sale too was done through a laid-down process in line with the bank’s policy, claims SBI in a statement.

While there are allegations of rampant underselling to ARCs, this has to be established first before an arrest can be ordered. 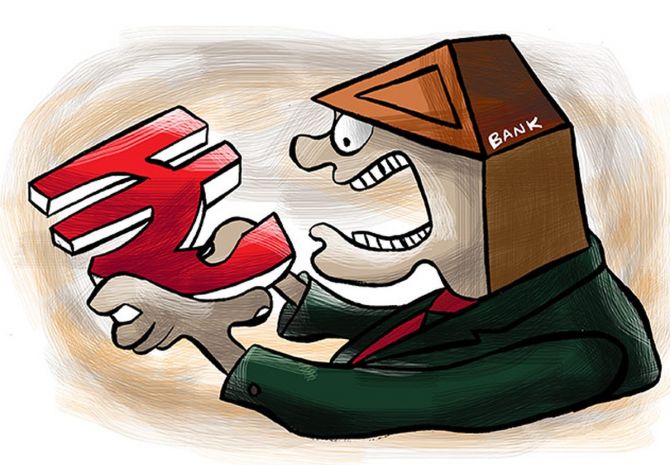 3. Who is the aggrieved party?

If the sale of the asset to an ARC was done at a low price, who lost? Who should be aggrieved? It is not the defaulters who have no locus standi in the matter, having failed to do interest and principal repayments.

The complaint, if any, should be filed by SBI because it alone was the loser, assuming the asset was sold too cheaply to Alchemist.

However, it still leaves open the point I have repeatedly made in these columns, and that is my fourth and main point.

4. What about collateral and personal guarantees?

The key question to ask whenever bad loans of public sector banks are involved is this: Where is the collateral or personal guarantee associated with the loan? Bad loans of PSBs are conservatively at Rs 10 trillion; they are probably around Rs 20 trillion in reality.

These figures have been bandied about so easily and so long that we have become numb to their import.

There are only two ways a loan can go bad: One, the business genuinely fails and, two, the business is planned to fail (wilful default).

The rationale for such humungous bad loans is often the first — genuine business failures.

Those who know even the basics of banking are aware that an average person cannot borrow even one rupee from a bank without first securing the bank’s interest.

At the time they lend money, bankers cannot know whether the business would succeed or fail; or whether the borrower is honest or crooked.

So, they demand adequate collateral and a personal guarantee (PG) of the founder to secure the loan.

When the interest and principal repayments are delayed, they can follow due process and liquidate the collateral and also demand that the borrowers make good the money personally (in accordance with the PG).

Now ask yourself. If PSBs secure themselves this way, why would their bad loans be so humungous? Why would 95-99 per cent of some big-ticket loans have to be written off?

The single-biggest reason for bad loans is obvious, but hidden in plain sight: Dubiously sanctioning loans, or restructuring them, without adequate collateral and no post-loan monitoring.

PSB employees are government officials who have little personal incentive to lend.

Behaviourally they are the best placed to turn down dubious proposals.

What drives these officers to lend to dodgy projects and promoters without adequate collateral, and why are PGs never enforced?

The answer is simple: Mostly the banker-businessmen nexus and sometimes the phone calls from New Delhi.

This is not sheer inefficiency. It is rampant corruption. And yet, nothing has ever been done to make bank officers accountable, except for the rare actions when there is a public controversy (the Kingfisher case comes to mind).

On the other side, in many debt recovery tribunal cases banks routinely steamroller small borrowers, benefiting from draconian and one-sided judgments.

The scope of appeals too has been restricted because 75 per cent of the decreed amount has to be deposited first for any appeal.

So, while the arrest of the former SBI chief has got national attention, and Chaudhuri has probably been wrongly arrested, public sector bankers have got away for too long, allowing crooked borrowers to loot taxpayers.

Debashis Basu is the editor of www.moneylife.in