Revenge of the Founders: A Generational Struggle on Wall Street

The abrupt departure of Kewsong Lee as Carlyle Group’s chief executive followed conflicts over how to run the financial firm. 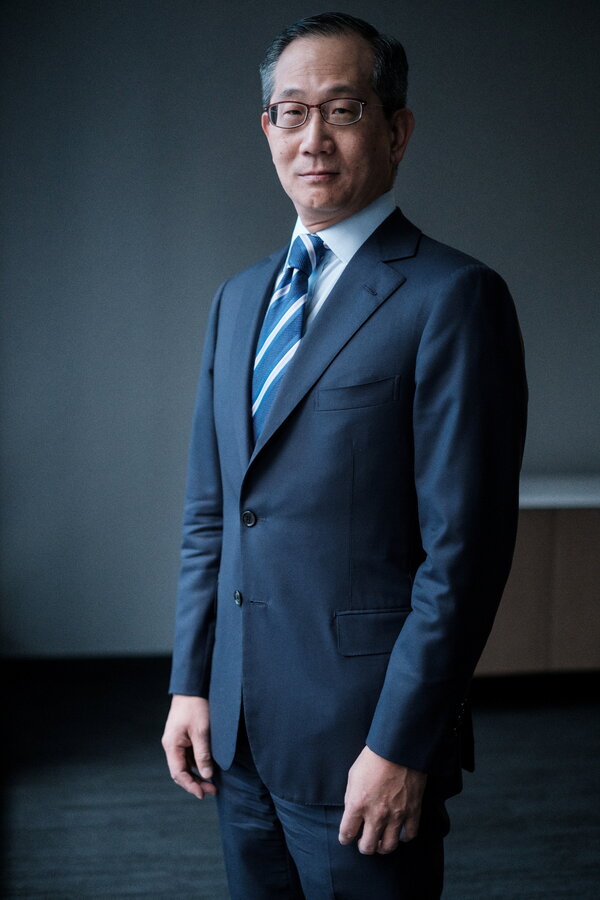 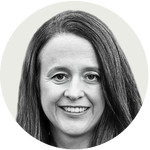 By Maureen Farrell and Peter Eavis

In early August, Kewsong Lee, the chief executive of the Carlyle Group, got on a videoconference call with two of the private equity firm’s board members. They told him that Carlyle’s septuagenarian founders were planning to play a more active role managing the firm.

Mr. Lee, 58, was not pleased. “Life’s too short,” he responded, according to people familiar with the call.

Two days later, Carlyle stunned Wall Street: Mr. Lee was stepping down. So sudden was his resignation that the company didn’t have a successor lined up.

The chief executive’s departure — which people familiar with the matter said arose from differences over how to run the firm and after Mr. Lee was perceived to criticize the firm’s three founders — was a startling display of a generational power struggle in one of the most lucrative, powerful and secretive corners of finance.

Elite firms like Carlyle, Blackstone and KKR, which have become publicly traded companies in the past 15 years, have sought to convince outsiders that they were in the process of ceding control to a younger class of executives and making their firms less like clubby partnerships. But, as the clash at Carlyle shows, there is little to stop their founders from clawing back power.

The handoffs have high stakes. Carlyle and other private equity firms occupy a central role in the U.S. economy and, as they have ballooned in size, their reach now rivals that of big banks like JPMorgan Chase and Goldman Sachs, which face far more scrutiny from regulators.

Private equity firms’ core business is raising funds from outside investors like pension funds for police, teachers and other workers, which they then combine with huge amounts of borrowed money to buy up thousands of companies, including restaurant chains, hotels, nursing homes, toll roads and manufacturers. But Carlyle and its peers have expanded into a variety of other Wall Street businesses.

The industry says it owns companies that collectively employ 12 million U.S. workers, or about 7 percent of the labor force. That has given it political sway. Just this month, it pressed lawmakers to remove a provision that would have narrowed a preferential tax treatment for private equity executives from the Inflation Reduction Act.

Private equity firms have showered riches on their top executives, dwarfing the huge amounts that better-known bank chiefs like Jamie Dimon of JPMorgan Chase typically pocket. Earlier this year, for example, Mr. Lee was negotiating a five-year, $300 million package, according to three people familiar with the talks.

Last year, KKR gave its two chief executives pay packages that could be worth more than $500 million each, and over the past five years, Blackstone paid its co-founder and chief executive, Stephen Schwarzman, nearly $500 million. (JPMorgan, the largest U.S. bank, paid Mr. Dimon just over $200 million over the same period.)

In recent years, even as leading private equity firms have taken steps to advance the next generation, their founders have either kept the chief executive post for themselves or retained their grip on their companies’ boards, raising questions about the younger leaders’ power and autonomy.

“It’s sort of amazing, given private equity’s power, given their influence in D.C. and the way that they’ve become fully adult in that arena, that it is still a first-generation business in many ways,” said Victor Fleischer, a law professor at the University of California, Irvine, and an expert on private equity.

Leigh Farris, a Carlyle spokeswoman, said, “Looking ahead, the firm is executing on the vision and strategy approved by the board and well positioned for the future. The search is underway for a new C.E.O. who will drive Carlyle forward, building on the firm’s strengths and continuing to deliver value for our investors and shareholders.”

William Conway, David Rubenstein and Daniel D’Aniello founded Carlyle in Washington in 1987. It made a splash with a string of deals in the defense sector.

But the buyout firm became famous — and at times a lightning rod — for its extensive political connections as much as for its deal-making. Carlyle recruited top political leaders like former President George H.W. Bush, former British Prime Minister John Major and former Secretary of State James Baker — after they left office.

Carlyle’s three founders became billionaires. Mr. Rubenstein often moderates panels with world leaders and dispenses advice to presidents and senators. Like other private equity titans, his name is plastered on buildings in Washington and New York and at Duke University, his alma mater. He serves on about a dozen boards and has spent roughly $7.5 million to help restore the Washington Monument and $21.3 million for a 1297 copy of Magna Carta that he donated to the National Archives.

Mr. Rubenstein, Mr. Conway and Mr. D’Aniello have ties to many of Carlyle’s other nine board members. For example, Anthony Welters, who leads the board committee responsible for setting executives’ pay, is the vice chairman of the Kennedy Center. Mr. Rubenstein is the center’s chairman.

Mr. Lee, by comparison, was a relative outsider. He was born in Albany to parents who moved to the United States from South Korea. Mr. Lee’s father worked as a professor and at the United Nations. The family moved among upstate New York, Korea and Singapore while he was growing up. Mr. Lee attended Harvard University and its business school. After a stint at McKinsey, the consulting firm, he joined Warburg Pincus, another large private equity firm.

After more than 20 years there, Mr. Lee jumped to Carlyle in 2013. The founders were getting ready to step back, and Mr. Lee quickly emerged as a leading contender to take the helm.

In 2017, Mr. Lee and Glenn Youngkin, who had spent 22 years at Carlyle, were named co-chief executives. “Kewsong is a decisive leader and successful investor, as well as a strategic builder of businesses and creative problem solver,” the three founders said at the time.

But they were staying on Carlyle’s board, which they can dominate with their big equity stakes in the firm, and Mr. Lee’s relatively short career there meant he lacked some of the institutional credibility enjoyed by veterans like Mr. Youngkin.

Then, in September 2020, Mr. Youngkin stepped down, saying he wanted to focus on public service. He ran for governor of Virginia — and won. Mr. Lee became the sole chief executive.

Mr. Lee’s vision was to accelerate Carlyle’s transformation into something more than an old-school buyout firm. He set out to expand further into areas like insurance, lending and investing in private technology companies.

Even so, Mr. Lee had fans at Carlyle. Some executives said they appreciated his efforts to promote young talent and seek out women and people of color for big roles.

And, at least until recently, the company’s board, including its founders, seemed supportive of Mr. Lee’s efforts. In February, the board awarded Mr. Lee shares of Carlyle worth as much as $60 million as an incentive for “future performance and retention.” And this spring, Mr. Lee started discussions with the company’s human-resources department and outside compensation consultants about a five-year deal that could have paid him as much as $300 million — an amount that would have catapulted him into the top echelons of corporate chief executives.

In April, Mr. Lee hosted the firm’s founders and senior leaders for cocktails at his apartment overlooking Central Park. At a board meeting the next day, and again in July, the firm’s directors expressed excitement about Mr. Lee’s progress in diversifying and revving up the firm, according to people familiar with the conversations. In July, a board member sent an email congratulating him on a great second quarter.

But discontent was bubbling up.

Mr. Lee antagonized some longtime executives, including those who work on getting pension funds, endowments and other large investors to entrust Carlyle with their money, according to four people familiar with the matter. Mr. Lee questioned the value that these salespeople were delivering — Carlyle’s funds should sell themselves based on their performance, he thought — and didn’t like their multimillion-dollar pay packages. Several left the firm.

In June, Carlyle executives and employees gathered in Manhattan at a dinner hosted by the Stanford Graduate School of Business for one of its alumni, Sandra Horbach, who was now a senior executive at the firm.

Mr. Lee and other Carlyle executives had purchased multiple tables and invited many employees to join them. In front of more than a dozen of his colleagues, Mr. Lee appeared to criticize how the company had been run before he took over. He lamented that Carlyle had once been on a par with the top firms in the business but had slipped because it had been too cautious and slow — a not-so-subtle dig at the old guard.

Mr. Lee’s colleagues were taken aback by the criticism, especially because lower-level Carlyle employees were in attendance and because the three founders still loomed over the firm. They sometimes showed up on weekly calls with senior executives and sat in on some meetings to evaluate new investments. Mr. Rubenstein represented Carlyle at places like the World Economic Forum in Davos, Switzerland.

Mr. Lee at times grumbled to colleagues about what he saw as Mr. Rubenstein’s attempt to serve as the face and voice of Carlyle.

The fateful video call took place less than two months later, on Aug. 5. One of Carlyle’s founders, Mr. Conway, was joined by Mr. Welters, the independent director who sat on the Kennedy Center board with Mr. Rubenstein. The two men informed Mr. Lee that the three founders planned to become more involved with the company and its strategy.

Mr. Lee said that was unacceptable and would not help the company. He said he’d prefer to leave.

Two days later, Carlyle announced Mr. Lee’s departure, setting off a stock plunge that has wiped nearly $2 billion off the market value of the firm. Mr. Lee left with shares worth as much as $160 million, according to estimates based on data in securities filings.

Only after announcing Mr. Lee’s departure did Carlyle hire an executive recruiting firm to begin the search for his replacement. In the meantime, Mr. Conway is Carlyle’s interim chief executive.