Robinhood Markets is finding it hard to make anyone happy.

The online brokeragepared back trading curbs imposed in the wake of a Reddit-fueled market frenzy, but as the tumult entered a second week, that hasn’t quelled customers’ suspicions of its motives. And with eyes across Wall Street on the firm after it raised fresh capital, the coming days will test whether the popular trading app is able to protect its users, trading partners and itself.

Chief Executive Officer Vlad Tenev has tried in public appearances — including with Elon Musk — to explain why Robinhood halted trading in popular stocks includingGameStop Corp. But that wasn’t enough for many customers. Despite the relaxation of trading limits — reducing the number of affected securities Sunday to eight from 50 — some of its more than 13 million users are angry that they were restricted at all.

“They were a niche player that wasn’t ready for this kind of sudden tsunami of democratized trading activity that’s taken place in the last few weeks,” said Michael Santoro, a professor of business ethics at Leavey School of Business at Santa Clara University. The company had “an operational problem for which there may be no good message.”

The upheaval at Robinhood has raised concerns for at least one of its trading partners, which last week called the stock market’s central clearinghouse with questions about the stability of the brokerage, according to a person familiar with the matter.

TheDepository Trust & Clearing Corp. said Robinhood was a member in good standing, said the person, who requested anonymity because the conversation was private. A DTCC spokesman declined to comment.

Yet the biggest challenge for Robinhood may be keeping its passionate user base satisfied. Customers fumed and defected toother platforms such asWebull Financial after Robinhood limited the number of shares and options contracts they could buy for GameStop,BlackBerry Ltd. and dozens more last week. That was after Robinhood barred purchases on a handful of names altogether on Thursday without immediately providing a detailed explanation.

Flummoxed users swapped conspiracy theories that the decision came at Wall Street’s behest, with billionaire Ken Griffin as an easy target. Griffin’s Citadel Securities is acrucial piece of Robinhood’s revenue, as it pays the trading app for handling its orders and fills more of them than any other firm. Citadel’s hedge fund, meanwhile, joined a $2 billion lifeline for Melvin Capital, which lost 53% in January after being bloodied by a short squeeze on shares including GameStop.

Citadel denies any involvement in the decision to restrict trades, and Robinhood insists the moves had nothing to do with bailing out funds.

“It was not because we wanted to stop people from buying these or any stocks — we built Robinhood to provide access to investing for all,” CEO Tenev wrote in anop-ed in USA Today. “And it certainly wasn’t because we were trying to help hedge funds.”

Like other regulated brokers, Robinhood is a member of DTCC, which keeps the overall risk of trading firms in check. To settle and clear trades, brokers need to post cash every day.

With price swings in GameStop and others soaring, the cash demanded from Robinhood spiked 10-fold for equities. The National Securities Clearing Corp., a DTCC subsidiary, sought $3 billion in deposits, which the firm negotiated down to $700 million, Tenev said in an appearance with Tesla Inc. CEO Musk on social audio app Clubhouse.

“It is not negotiable for us to comply with our financial requirements and our clearinghouse deposits,” Tenev said in a Bloomberg Television interview. “We have to do that.”

Robinhood’s primer in market structure arcana landed too late for some users hooked on an instant-gratification trading experience, where they were rewarded with a free stock for signing up, and greeted with a confetti burst on their first purchase.

“This is their whole job,” said Dante Monaldo, who has been trading on Robinhood for five years. “Nobody is denying that this is unprecedented trading volume on extremely volatile stocks. Had they been more transparent in saying ‘these are the issues that we’re suffering from,’ and being upfront with what was going on, that builds a lot of trust.”

The broader trading euphoria sparked by the WallStreetBets forum on Reddit is also drawing scrutiny from Washington.

Senator Elizabeth Warren on Sunday called for a review by the U.S. Securities and Exchange Commission on recent trading swings and said a broker-dealer like Robinhood that invites so many individual investors needs to operate “under some basic rules.”

The agency “will closely review actions taken by regulated entities that may disadvantage investors or otherwise unduly inhibit their ability to trade certain securities,” according to a Friday statement, which didn’t name Robinhood or any other firm.

At the Treasury Department, officials are monitoring the issue and, as of now, don’t see it as posing a risk to the financial system. It’s viewed strictly as a matter for the SEC to investigate and deal with.

Robinhood wasn’t alone in imposing restrictions. Other brokerages added curbs, including Morgan Stanley’s E*Trade. Even some professional money managers faced limits on how they could trade.Jefferies Financial Group Inc. added restrictions for their prime brokerage clients, according to a client memo viewed by Bloomberg News. A representative for Jefferies declined to comment.

Beyond its customers, another crucial stakeholder group for Robinhood is its venture capital investors, after they helped liftits valuation to about $11.7 billion in a September funding round.

Even after an emergency $1 billion financing round last week from venture investors including Ribbit Capital andSequoia Capital, its initial public offering hangs in the balance.

The current turmoil could delay the IPO, which is planned for as early as May, one person familiar with the matter said. True to its mission, the trading platform had considered an unusually retail investor-centric offering by allocating a significant minority of listed shares to clients, Bloomberg Newsreported in January. No final decision on that plan had been made at the time.

Last week’s episode underscores how interconnected the financial ecosystem is, said Eric Ries, founder of the Long-Term Stock Exchange, a bourse that opened in September.

“This is the apotheosis of postmodern economies,” he said. 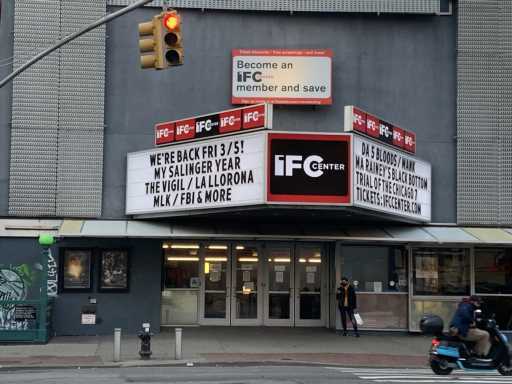