Ryanair boss Michael O’Leary has threatened legal action against the government over its bailout of “billionaire-owned” Flybe.

Mr O’Leary demanded in a letter to chancellor Sajid Javid that an air passenger duty “holiday” given to the struggling regional carrier should be extended to other airlines.

If not, he said the deal would be in breach of state aid and competition rules.

He added that it was “absurd” for business secretary Andrea Leadsom to claim that Flybe had a viable business model and predicted that it was doomed to fail again.

He said that unless the government did this, and also extended the tax “holiday” to rival UK airlines – including Ryanair, easyJet and British Airways – within seven days, Ryanair “intends to launch proceedings against your government”.

Mr O’Leary said: “This government bailout of the billionaire-owned Flybe is in breach of both competition and state aid laws.

“The Flybe model is not viable which is why its billionaire owners are looking for a state subsidy for their failed investment.” 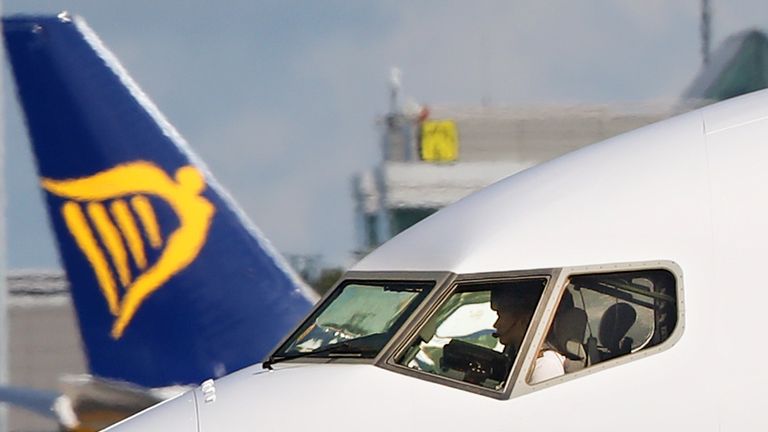 Flybe was last year taken over by a consortium led by Sir Richard Branson’s Virgin Atlantic – which is in turn 49% owned by America’s Delta airline – together with infrastructure group Stobart and hedge fund Cyrus Capital.

Earlier this week it was rescued from the brink of a collapse which would have threatened more than 2,000 jobs, after the consortium agreed to inject tens of millions of pounds of new capital while the government agreed to defer more than £100m of APD payments.

International Airlines Group, the owner of British Airways, has already lodged a complaint with the European Union about the deal, which IAG chief executive Willie Walsh described it as a “blatant misuse of public cash”.

Downing Street has insisted that the government was fully compliant with state aid rules and that there had been no state aid for Flybe.

But Mr O’Leary challenged Mr Javid to publish further details, telling Sky News that the deal had been a “nasty cover-up”.

In his letter he even called for the government to call off “at this eleventh hour… this misguided and unnecessary government subsidy to the billionaires, Richard Branson, Delta Airlines and Cyrus Capital”.

He poured scorn on claims made about Flybe, saying it had “lurched from reconstruction to reconstruction” over the past 20 years.

“The absurd claim by business secretary Andrea Leadsom that the Flybe business model is ‘viable’ is baseless.”

Mr O’Leary also dismissed as “false” the suggestion that Flybe provided “unique connectivity” for the regions, saying that cheaper and more frequent services were provided by rivals at regional airports across the UK.

He added that were Flybe to fail, some of its routes would be “readily taken up” by the likes of Ryanair, easyJet and BA.

“There are some domestic routes which would not be taken up, but these are already well served by train, bus and motorway alternatives, which is why the Flybe model cannot viably make profits.”

Mr O’Leary’s intervention came hours after Flybe shareholder Stobart revealed it was contributing £9m to Flybe’s rescue, and that, together with other members of the Connect consortium that owns the airline, it had put in £110m since last year.

But Stobart said Flybe’s financial troubles were partly impacted by a delay in the European Commission approving Connect’s takeover of Flybe.