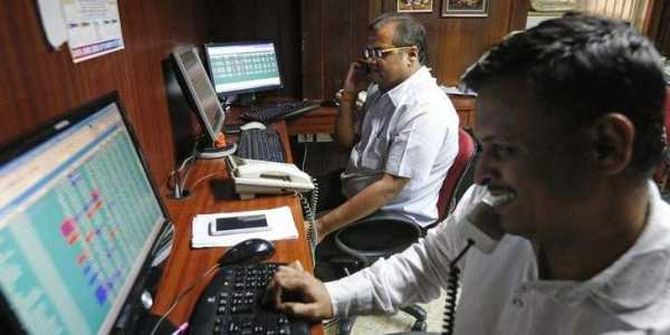 Riding on better-than-expected macro data and further recovery in the rupee, benchmark Sensex spurted around 373 points on Friday to reclaim the 38,000-mark.

Brokers said sentiment was bullish on continuous recovery in the rupee amid reports that the government may announce steps to prop up the domestic unit.

The rupee strengthened by another 65 paise to 71.53 (intra-day) against the dollar Friday, also supported by a fall in crude oil prices.

The benchmark BSE Sensex stayed in the positive terrain through the session and touched a high of 38,125.62.

The gauge had zoomed 304.83 points on Wednesday.

Markets remained closed on Thursday on account of Ganesh Chaturthi.

However, the indices closed with losses for the second straight week.

Domestic sentiments were upbeat on positive macro data which were announced after trading hours Wednesday coupled with a firming trend at other Asian bourses.

Industrial production (IIP) grew at 6.6 per cent in July, while retail inflation cooled to a 10-month low of 3.69 per cent in August.

Meanwhile, WPI inflation also eased to a four-month low of 4.53 per cent in August on softening of prices of food articles, especially vegetables.