'Shang-Chi and the Legend of the Ten Rings,' starring Simu Liu (right), will be the next Marvel movie release.

(CNN)Black Widow, move over. Shang-Chi, Eternals and (for the third time) Fantastic Four, come on down.

The pandemic juggled the release calendar, but Marvel Studios returns to theaters with its pop-culture credentials firmly intact, having launched a trio of buzzworthy series featuring other Avengers-connected characters — “WandaVision,” “The Falcon and the Winter Soldier” and currently “Loki” — for Disney+, its parent company’s streaming service.
After “Black Widow’s” assault on the box office, what’s known as Phase 4 of Marvel’s meticulously planned lineup of movies is destined to be tested. That’s not only because of uncertainty about the movie-going experience broadly but also the studio post-“Avengers: Endgame,” relying on a mix of new and returning heroes.

Marvel’s next two movies, notably, are based on lesser-known characters introduced in the 1970s: “Shang-Chi and the Legend of the Ten Rings,” about the martial-arts warrior with a storied lineage; and “Eternals,” artist-writer Jack Kirby’s creation (which was coolly received at the time) about a team of immortals who defend Earth.

At this point, nobody with a sense of box-office history is betting against Marvel’s chances. With “Guardians of the Galaxy,” the company demonstrated its ability to score with more obscure comic-book titles. Disney+, moreover, has offered a platform to strengthen its connection to audiences and develop material that will enhance and broaden its cinematic universe, underscored by plans for a fourth “Captain America” movie using the “Falcon” series as a springboard and “Black Widow’s” credit sequence.

Still, unproven characters always pose a bit more of a risk, and the two films due in the next four months will be followed by a steady stream of sequels: In order of the company’s release plans, Spider-Man in December 2021; Doctor Strange, Thor, Black Panther, and Captain Marvel in 2022; and Ant-Man and the Wasp and Guardians of the Galaxy in 2023. 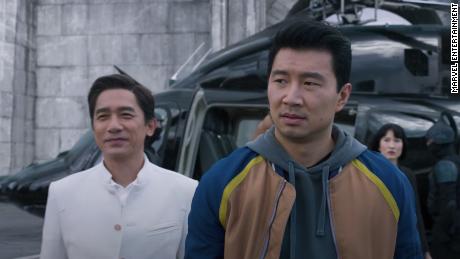 ‘Shang-Chi and the Legend of the Ten Rings,’ starring Simu Liu (right), will be the next Marvel movie release.

In the eyes of many Marvel fans (including this one), perhaps the greatest opportunity presented to Marvel going forward hinges on taking something old and making it new again — or rather, getting it right after disappointing adaptations.
Fantastic Four made its debut 60 years ago and is celebrated as the comic book that set the great Marvel renaissance under Stan Lee and Jack Kirby in motion. But Marvel Comics sold the movie rights during a period of financial stress (along with those to X-Men), and those properties wound up in the hands of 20th Century Fox, which produced a lightly regarded 2005 Fantastic Four movie (and a sequel), then tried to reboot the whole thing in 2015.
Disney acquired Fox’s entertainment assets two years ago, and has already announced a Fantastic Four revival, a title with a very long reach that, along with X-Men, seemingly creates a host of possibilities to excite longtime Marvel fans.
As one of the original movie Avengers, saying goodbye to Black Widow and its star Scarlett Johansson (actually introduced as the character in “Iron Man 2” more than a decade ago) does indeed seem like closing a chapter of Marvel’s world-shattering run over the last 13 years.
With much of the original team having moved on, it’s a somewhat different Marvel now, and a long way back to when the company gradually assembled the pieces of “Avengers,” an audacious gamble at the time.

Back in 2019, which feels like ages ago, Marvel Studios chief Kevin Feige explained the post-“Endgame” strategy as being “about the new,” from introducing characters to featuring established ones in unexpected ways.
As the climactic battle in “Endgame” made clear, the cast has grown considerably since Marvel’s cinematic beginnings. For that reason and others, the company still looks plenty powerful as it marches into this next phase.