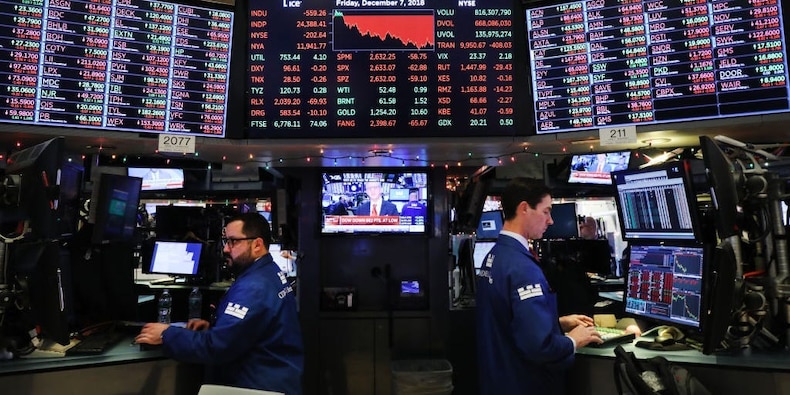 US stocks hung around record highs Thursday, with the S&P 500 hitting a new high after insight from the Federal Reserve indicated that monetary policy makers will maintain their stance in supporting growth in the world's largest economy as it continues to recover from the COVID-19 pandemic.

The S&P 500 index pushed further into record territory after reaching a closing peak in the previous session.Technology stocks marched up but blue-chip stocks tracked on the Dow Jones Industrial Average tilted slightly lower.

Stock futures ahead of the open showed little reaction to the Labor Department's report that weekly jobless claims rose to 744,000, higher than the 680,000 claims expected by economists surveyed by Bloomberg. The report indicated that unemployment remains at persistently high levels, with the previous week's reading upwardly revised to 728,000 from 719,000.

Members of the Fed's rate-setting board expect "it would likely be some time until substantial further progress" on reaching targets of maximum employment and above-2% inflation, according to the minutes from the Federal Reserve Open Market Committee's mid-March meeting released Wednesday.

"FOMC members were quite positive on short-term growth prospects, but made quite clear that short-term acceleration only goes so far towards their long-term "full employment" goal, suggesting even if growth remains robust through 2Q 2021, we'll still be in a waiting pattern for Fed policy," Guy LeBas, chief fixed-income strategist at Janney Montgomery Scott, told Insider in emailed comments.

"On balance, there was nothing material in the minutes which changes my view of a reduction in [quantitative easing] beginning in early-2022 followed by a potential first rate hike in late-2022," said LeBas. "I view a 2022 QE reduction as much more likely than a 2022 rate hike," he said. "If anything, the first hike will be later and the path of hikes steeper than what the markets have currently priced."

Financial and energy shares lagged the S&P 500's broader advance, with the energy sector down nearly 2% as oil prices pulled back. Bank stocks sagged as long-term Treasury yields have been backing off 14-month highs. Yields are tied to a range of loan programs such as mortgages.

Treasury yields are "poised to consolidate some more [and] until we get a better idea as far as the inflation story, we're going to have a choppy market. Financials have been one of the better performing [sectors]. They really followed the surge in yields so it's rightfully to expect that they've come back down," said Edward Moya, senior market analyst at Oanda.

Around the markets, GameStop shares rose after the video game retailer said it plans to elect Reddit favorite Ryan Cohen as chairman.

Billionaire tech investor Peter Thiel warned bitcoin might serve as a Chinese financial weapon against the US – and says it threatens the dollar.