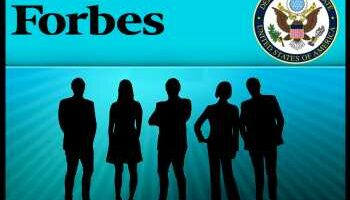 Forbes has named the U.S. Department of State as one of America’s Best-In-State Employers for both Washington, DC and Virginia for 2022. The Department also ranked third in the Government Services category in both DC and Virginia.

Forbes compiled its fourth annual list of America’s Best Employers By State in partnership with market research company Statista. The list, which ranks employers in 50 states and the District of Columbia, was compiled by surveying 70,000 Americans working for businesses with at least 500 employees.

Unlike Forbes’ national rankings of best employers, this list aims to capture the differences in how companies act and are perceived in various parts of the country. Of the 1,382 employers named to this year’s list, 246 were ranked in more than one state. The U.S. Department of State garnered the most mentions, ranking among the best in 31 states. Home Depot and Target were close behind, with both the retailers making the list in 29 states.

Workers at U.S. companies with more than 500 employees were asked to rate their willingness to recommend their own employers to friends and family. Employees also evaluated other employers in their respective industries and identified factors that stood out either positively or negatively.

The survey considered every aspect of an employee’s experience, including working conditions, salary, potential for growth, and diversity.

What employees at NASA in Florida love most about their employer and the most frequent answer is the pride that they take in working for America’s space agency. The same is true at Oklahoma Heart Hospital, and at Costco Wholesale in Nevada.

Employees at the California Institute of Technology rank their employer highest for the salary and benefits they receive. Those working at the University of Minnesota, in contrast, most appreciate how the university embraces diversity.

Oceaneering International of Texas, which mainly services offshore oil-and-gas clients, earned top scores for working conditions while employees at Google in Virginia gave their employer top scores across the board.