TOKYO (Reuters) – Asian shares joined a global equities rally and safe-haven government bonds pulled back on Wednesday, after Washington delayed tariffs on some Chinese imports in much-needed relief for markets gripped by political and economic turmoil. 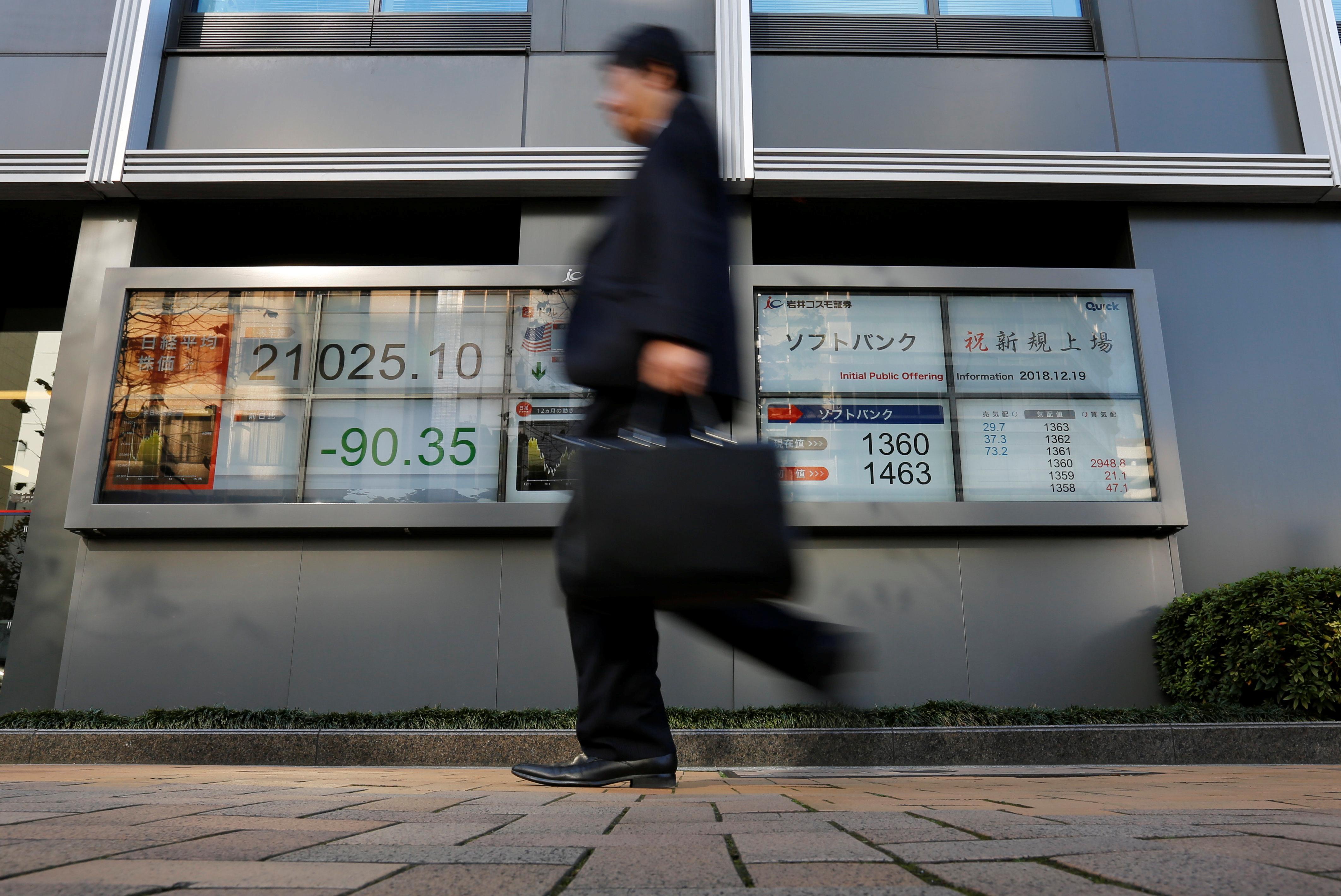 Wall Street stocks soared overnight as U.S. President Donald Trump backed off his Sept. 1 deadline for 10% tariffs on the remaining Chinese imports, delaying duties on cellphones, laptops and other consumer goods in the hopes of blunting their impact on U.S. holiday sales.

The surge in U.S. stocks lifted MSCI’s broadest index of Asia-Pacific shares outside Japan .MIAPJ0000PUS by 0.4%.

Yet the latest bounce hardly clawed back the sizable losses for equities over recent months, and broad market sentiment remained fragile given that the U.S.-China trade conflict is still far from resolved. Uncertainty around political risks such as the unrest in Hong Kong also continue to keep investors on edge.

“President Trump did delay the tariffs and while this is positive for equities, the markets will remain wary of the tariffs still being implemented come December,” said Masahiro Ichikawa, senior strategist at Sumitomo Mitsui DS Asset Management.

“And while the tensions in Hong Kong are not a main caliber theme for all markets, their negative impact has been multiplied as they have taken place simultaneously with developments in Argentina.”

Fears of a possible return to interventionist policies, and by extension a possible debt default, jolted global markets this week after conservative Argentina President Mauricio Macri was handed a trouncing by the opposition in presidential primaries over the weekend.

In currencies, the safe-haven yen pulled back sharply amid the ebb in risk aversion. The Japanese currency is often sought in times of market turmoil and political tensions.

Boosted by its surge against the yen, the dollar index .DXY versus a basket of six major currencies advanced nearly 0.5% the previous day and last stood little changed at 97.778.

The greenback was also supported as U.S yields rose on the slight easing in U.S.-China trade tensions, reversing some of their sharp declines seen at the start of the week.

Brent crude oil futures LCOc1 were down 0.4% at $61.06 per barrel, running out of steam after soaring nearly 5% the previous day.

Crude prices jumped on Tuesday as Washington’s decision to delay imposing tariffs on some Chinese goods eased worries about a global economic slowdown, at least for the time being.