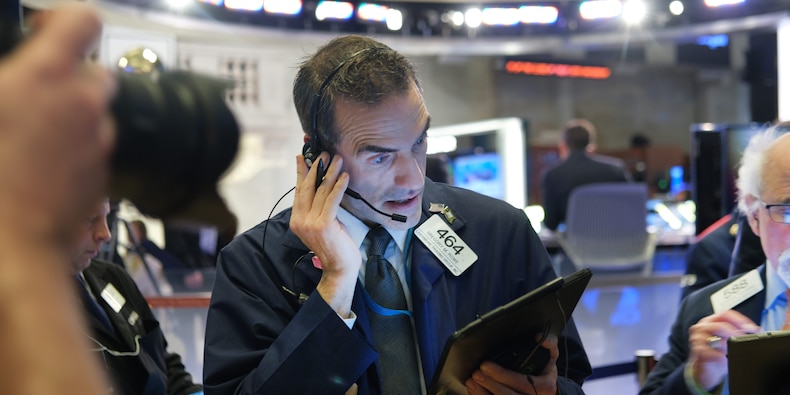 Tech stocks rebounded Friday after a sharp-sell off the previous day as Treasury yields stabilized.

Earlier on Friday, the Fed announced that its temporary pandemic-era rule that relaxed bank capital requirements will not be extended after March 31. That offset the positive effect of stabilizing bond yields, which then spiked on the news.

Bond yields have risen as investors grow concerned that the $1.9 trillion fiscal stimulus will cause a rise in inflation, leading the Federal Reserve to change policy and raise rates sooner than expected.

But some on Wall Street aren’t concerned about the 10-year rising for much longer. JPMorgan’s Marko Kolanovic expects yields to stabilize, pushing tech stocks higher and helping the S&P 500 finish the year at 4,400, a 12% gain from current levels.

Here’s where US indexes stood after the 4 p.m. close on Friday:

Shares of Visa slipped as much as 6% on Friday after a report said the Department of Justice is investigating the firm’s debit-card practices. Visa is under investigation for “anticompetitive practices” in the debit-card market, reported the Wall Street Journal, citing unnamed sources.