Shares of Tesla close 9% lower on Monday after the electric-vehicle maker stopped taking new orders for the lowest-priced version of its Model Y.

According to reports out of Electrek, Tesla has halted new orders for the lowest-priced version of the Model Y electric SUV and removed the car from its online configurator after just a month.

The Model Y also disappeared from Tesla’s Canadian online configurator, per reports. It is unknown if the move is temporary or permanent at this time. Tesla did not immediately respond to Insider’s request for comment.

The move to cut orders for the lowest-priced Model Y comes less than a week after Tesla cut the price of its Model Y standard range SUV, from $41,990 to $39,990, making it just $3,000 more than the company’s cheapest vehicle, the Model 3 standard range plus.

Tesla also cut the price of the Model Y long-range SUV by $1,000, per Electrek.

While investors responded bearishly to the price cuts, some analysts are arguing the move may be a positive.

Daniel Ives of Wedbush Securities told Insider via email that the move to cut prices is “all a poker move for Tesla around catalyzing demand for the Model Y which continues to be a key growth catalyst in China for the next year.”

Tesla began delivering Model Y vehicles in Shanghai, China, in January, without the cheapest version of the car on offer.

In China, Tesla’s Model Y is going for almost a third less than the price the company expected back in August.

Still, Wedbush’s Ives said he never saw the lowest-priced version of the Model Y “moving-the-needle” and added “this was a smart move at the right time for Musk and Co.” 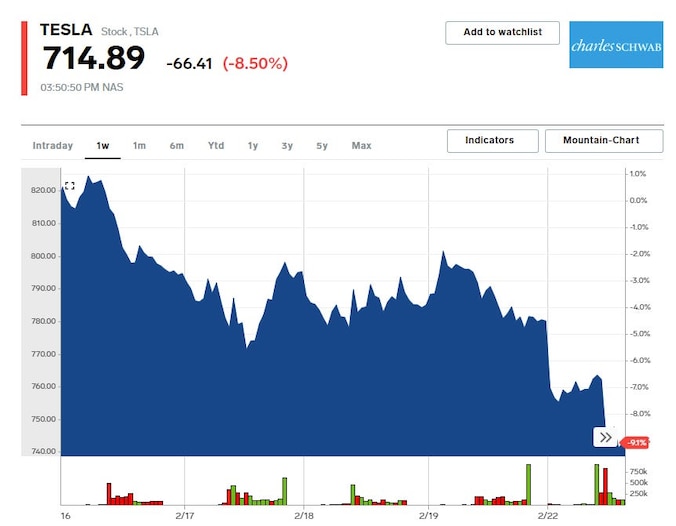