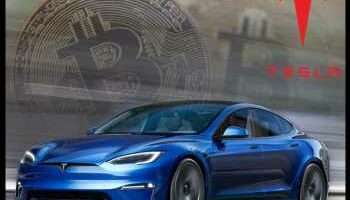 Bitcon price plunged by more than 17 percent after Tesla CEO Elon Musk said that his car company will not accept the cryptocurrency while selling Tesla vehicles, citing environmental concerns.

Tesla had bought $1.5 billion worth of Bitcoin in February. The next month, environmentalists and investors criticized the car manufacturing company’s offer to its potential customers that it would accept payments in cryptocurrency.

But a statement by Elon Musk on Twitter Thursday reflected apparent re-thinking on the environmental impact of his decision.

“We are concerned about rapidly increasing use of fossil fuels for Bitcoin mining and transactions, especially coal, which has the worst emissions of any fuel,” the business magnate wrote on his Twitter account.

While accepting that cryptocurrency is a good idea on many levels, and that it has a promising future, Musk made it clear that “this cannot come at great cost to the environment.”

He said Tesla would not sell its Bitcoin holdings, but use it for transactions as soon as mining transitions to more sustainable energy sources.

“We are also looking at other cryptocurrencies that use <1% of Bitcoin's energy/ transaction," he added.

Bitcoin is mined using high-capacity computers that consume a lot of power, generated with fossil fuels.

Musk’s tweet triggered a significant fall in Bitcoin price from around $54,000 to $46,290 in just two hours, marking its lowest price in weeks.

BTC price rebounded marginally since then. The most popular cryptocurrency is trading at $49,111 as of this writing.