Want the DealBook newsletter delivered directly to your inbox each day? Sign up here. 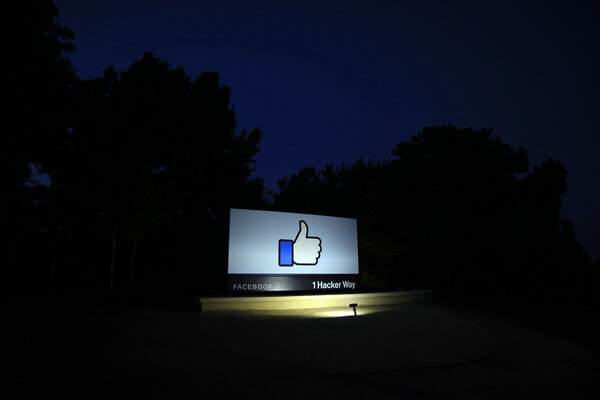 Where a judge says Facebook isn’t a monopoly: in the law

In a major blow to attempts to shrink the power of Big Tech, a federal judge yesterday threw out two antitrust lawsuits brought against Facebook by the Federal Trade Commission and more than 40 states. The judge, James Boasberg, said the federal suit failed to provide enough facts to back claims that Facebook had a monopoly over “personal social networking.” He said the states had waited too long to bring their case, which centers on deals made in 2012 and 2014. The F.T.C. has 30 days to refile its case.

The 53-page ruling is worth a read, given the current debate on what is or isn’t a monopoly. In case you don’t have time, we pulled some of the most telling passages, which provide a clear picture of the hurdles the government has to clear if it wants to take on Big Tech in the future.

The judge said the government failed to establish exactly what Facebook’s market was:

“The market-definition inquiry in this case is somewhat unusual because, unlike familiar consumer goods like tobacco or office supplies, there is no obvious or universally agreed-upon definition of just what a personal social networking service is.”

This is key, the judge said, because the F.T.C.’s case accuses Facebook of shutting out competitors from its market:

“The FTC must do two things here. First, it must provide a definition of PSN [personal social networking] services. Second, it must further explain whether and why other, non-PSN services available to the public either are or are not reasonably interchangeable substitutes with PSN services.”

Most importantly, the judge said the government needed to show not just that Facebook is large, but that its size grants it extra-special power over the market:

“The FTC alleges only that Facebook has ‘maintained a dominant share of the U.S. personal social networking market (in excess of 60%)’ since 2011, and ‘no other social network of comparable scale exists in the United States.’ That is it. These allegations — which do not even provide an estimated actual figure or range for Facebook’s market share at any point over the past ten years — ultimately fall short of plausibly establishing that Facebook holds market power.”

The ruling is a blow to the antitrust movement that is gaining momentum in Washington. The biggest takeaway from the case is this: The monopoly case against one of Big Tech’s key players is out of step with the law as currently written. What needs to be established is whether what Facebook is doing, as defined by the law and rulings in other cases, is illegal. The answer seems to be no.

The judge’s ruling also added evidence for those who say the law is not up to the task of keeping Big Tech in check. Legislative efforts took a step forward last week when the House Judiciary Committee advanced six bills that would overhaul antitrust laws, with the goal of reining in tech giants. But this also puts Lina Khan, the Big Tech critic who now chairs the F.T.C., in a tricky spot. If the F.T.C. amends and refiles its case against Facebook, Khan would need to balance arguments that Facebook is violating law as it currently stands with support for efforts, as she has backed in the past, for Congress to introduce new legal tools.

In related news, the jump in Facebook’s stock after the ruling sent its market value above $1 trillion for the first time; the White House is reportedly drafting an executive order on antitrust enforcement; and all this antitrust scrutiny is generating a boom in demand for lawyers steeped in competition law.

Banks prepare to shower their shareholders with cash. Wall Street giants yesterday announced plans to raise their dividends and share buybacks, after they cleared the latest Fed stress tests. (Morgan Stanley and Wells Fargo, for instance, will double their dividends.) Critics of the stress tests worry that they allowed banks to reduce their cash buffers too aggressively, leaving them unprepared for the next crisis.

The latest on the Florida tower’s collapse. The president of the building’s condo association warned in April that the tower urgently needed $15 million to repair visible damage in areas like the garage, The Wall Street Journal reported. The confirmed death count rose to 11 as rescue crews confronted hazardous conditions.

Medicare may restrict access to a pricey Alzheimer’s drug. The government may be forced to limit who can receive Biogen’s Aduhelm, which was controversially approved by the F.D.A. and costs $56,000 a year. Experts said that high demand for the drug could blow out Medicare’s budget.

The N.C.A.A. moves to let student athletes profit off their fame. Players should be allowed to earn money from activities like autograph signings, endorsements and social media, a committee of the college sports association said. It follows pressure from several states and a Supreme Court ruling; a vote by the group’s board is set for tomorrow.

The Trump Organization makes a last-ditch effort to fend off criminal charges. Lawyers for the Trump family’s company met yesterday with Manhattan prosecutors who are investigating allegations of financial misconduct by a top executive. The virtual meeting signals that criminal charges may be near.

Many office landlords and developers came through the pandemic in better shape than expected. But their fortunes may change as leases begin to expire and remote working becomes more widespread. As a result, worried Manhattan office landlords are offering cheaper rent and swanky amenities, The Times’s Kate Kelly and Peter Eavis report.

Office landlords largely weathered the pandemic because tenants could not break their leases. In fact, the Bloomberg index that tracks the average return of all commercial real estate debt rose 8 percent last year. The index is down a bit so far this year, suggesting that confidence that the commercial real estate market will continue to do well after the pandemic is less strong.

The big worry now: A third of leases in big buildings in Manhattan are set to expire over the next three years, according to real estate services firm CBRE. As deals come up for renegotiation, some large companies, which grew comfortable with letting employees work from home during the pandemic, are indicating that they will need significantly less space.

That means more perks for tenants. Expect to see fancier, roomier spaces when you return to the office. Landlords say most buildings have upgraded their air-ventilation systems and opened large-capacity elevators for all tenants to allow for social distance. Some are going even further, like the private, 600-square-foot “speakeasy” that Blackstone and RXR Realty added to one office building on Manhattan’s Far West Side.

Manhattan’s most famous developer, the former president Donald Trump, is also taking action, DealBook has learned. Rents at Trump’s 40 Wall Street fell by $5 million in 2020, according to a recent financial filing by the publicly traded mortgage trust that holds a loan on the property. The Trump Organization is offering concessions on a “case-by-case basis” in order to retain tenants of the 1.2 million square foot downtown office tower, according to a report from Wells Fargo, which services Trump’s loan on the building. In order to sign new tenants, the company is offering flexible move-in dates, with the ability to delay rent until the space is occupied. A representative from the Trump Organization did not return multiple requests for comment.

— The title of a speech by Randal Quarles, the Fed’s vice chair for supervision, on the rush to research and develop central bank digital currencies. He expressed skepticism about a digital version of the dollar built with similar technology to cryptocurrencies, likening it to fads like parachute pants in the 1980s.

What you think about charity and taxes

Last week, we wrote about taxes and philanthropy after Warren Buffett, in announcing billions more in donations, said it was “fitting” for Congress to revisit the tax policy for charitable donations from time to time. This was especially true for those who get “imaginative” with their giving, Buffett said, suggesting that charitable deductions serve primarily as a tax shield for some wealthy donors.

We asked whether you thought the tax treatment of philanthropy should change, and if so, how. Here is a selection of reader responses, edited for length and clarity:

“We could reduce the tax-free amount we can give to an individual charity, still leaving it possible to give a lot to a large number of charities. This would allow smaller individual gifts to seed charities and reduce abuses by large fortunes. This could even be on a sliding scale, like a progressive income tax.” — Gerry Milliken in Cottonwood, Ariz.

“It is up to the majority of taxpayers to choose the public services that will enhance opportunities for everyone, not just for the lucky few to be served by the charitable whims of benefactors.” — Nadia Alexan in Montreal, Canada

“As a former fund-raiser, I have strong feelings on the subject. First, limit tax deductions for college athletics to $5,000 per year. Second, legislate minimum payouts of 5 percent for donor-advised funds. (Expenses such as salaries and travel should not count toward the 5 percent rule.) Third, there should be a deduction for contributions for taxpayers who file standard deduction forms.” — Sheldon Caplis in Baltimore, Md.

The embattled vaping company Juul will pay $40 million to settle an investigation by North Carolina into allegations of deceptive marketing practices. (NYT)

President Biden has inherited a decades-old trade fight that hasn’t gone away: a dispute over the high cost of Canadian lumber. (NYT)

Amazon is reportedly facing a big wave of executive departures as Andy Jassy prepares to become C.E.O. next week. (Insider)

Tyi McCray, Pinterest’s diversity chief, who was hired after former employees accused the company of gender and racial discrimination, has left after less than a year. (Protocol)

California’s Central Valley is America’s most fertile farmland — but it faces a crippling drought and the consequences of years of water overuse. (NYT)

This is how thieves stole $40 million in copper, told in cartoon form. (Bloomberg)

We’d like your feedback. Please email thoughts and suggestions to [email protected]