The move away from the current Sunday to Thursday schedule — the first by a Gulf state — will help the UAE “achieve business continuity and alignment with global economies and banking,” the government said in a statement. The change will take effect on January 1.
The UAE, which has a predominantly Muslim population, said that work will end at 12 p.m. local time (3 a.m. ET) on Friday to allow people to attend prayers. Friday is considered the holiest day of the week for Muslims. From January, prayers will begin at 1.15 pm local, about an hour later than at present.

Public sector employees will also be offered the chance to work flexibly on Friday, including from home, the government said. 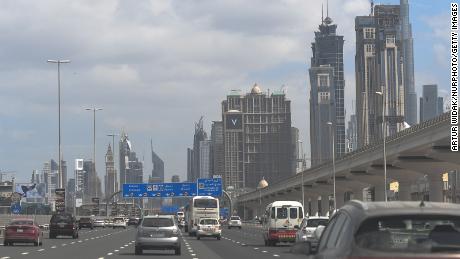 Other predominantly Muslim countries including Indonesia, Turkey, Morocco and Malaysia, have adopted a Monday-Friday schedule.

While smoothing business ties around the world, the shift will mean the UAE is no longer synchronized with neighbors such as Saudi Arabia, Qatar and Kuwait.
The government of Dubai announced it would shift its week in compliance with the Emirates-wide policy.

This is not the first time the UAE has changed its work week. Between 1999 and 2006, the country had a Thursday and Friday weekend, before changing it to Friday-Saturday.
— Caroline Faraj in Dubai contributed to this story.
Source: Read Full Article