The Economy Is Booming but Far From Normal, Posing a Challenge for Biden

High inflation, ghostly downtowns and a resurgent virus have rattled consumers and created new obstacles as the president tries to push his broader economic agenda. 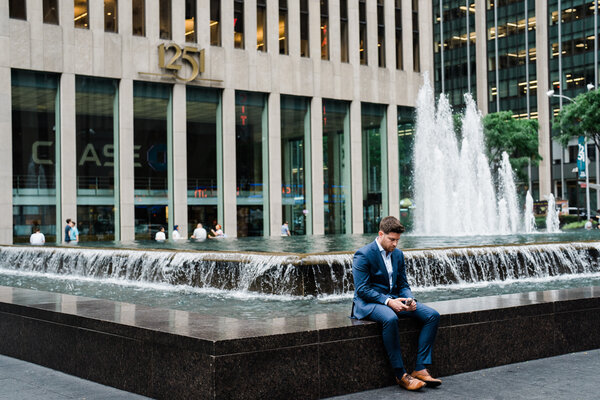 By Jim Tankersley and Ben Casselman

The American economy is growing at its fastest clip in a quarter-century, yet it remains far from normal, with some workers and small-business owners facing increasingly tough times while others thrive. That divergence poses a challenge to President Biden, who has promoted the nation’s economic recovery as a selling point in his quest to win support for a multitrillion-dollar spending agenda that could cement his legacy.

A summer that many business owners and consumers had hoped would bring a return to prepandemic activity has delivered waves of disappointment in key areas. Restaurants are short on staff and long on wait times. Prices have spiked for food, gasoline and many services. Shoppers are struggling to find used cars. Retailers are struggling to hire. Beach towns are jammed with tourists, but office towers in major cities remain ghost towns on weekdays, with the promised return of workers delayed by a resurgent coronavirus.

The University of Michigan’s Consumer Sentiment Index suffered one of its largest monthly losses in 40 years in August, driven by the rapidly spreading Delta variant and high inflation. The survey’s chief economist, Richard Curtin, said the drop also reflected “an emotional response, from dashed hopes that the pandemic would soon end and lives could return to normal.”

Mr. Biden and his advisers are confident that many of those issues will improve in the fall. They expect hiring to continue at a strong pace or even accelerate, fattening worker paychecks and powering consumer spending. They remain hopeful that a reinvigorated labor market will take the place of the fading stimulus from the president’s $1.9 trillion economic aid bill signed in the spring, and that the latest wave of the virus will not dampen growth significantly.

On Friday, they released new projections forecasting that growth will hit 7.1 percent this year after adjusting for inflation, its highest rate since 1983.

“Our perspective is one of looking at an economy that is growing at historic rates,” Brian Deese, the director of Mr. Biden’s National Economic Council, said in an interview.

But there is mounting evidence that the coming months of the recovery could be more halting and chaotic than administration officials predict, potentially imperiling millions of left-behind workers as their federal support runs dry.

Private forecasters have pared back growth expectations for the end of the year, citing drags on spending from the spread of the Delta variant and from the nationwide expiration of enhanced unemployment benefits next Monday. Emerging research suggests the end of those benefits might not immediately drive Americans back to the work force to fill the record level of open jobs nationwide.

“People will be surprised at how much the economy decelerates over the next year as the stimulus boost fades,” said Jim O’Sullivan, the chief U.S. macrostrategist for TD Securities.

Administration officials do acknowledge some potential hurdles. Some big-city downtowns may never return to their prepandemic realities, and the economy will not be fully “normal” until the virus is fully under control. They stress that increasing the nation’s vaccination rate is the most important economic policy the administration can pursue to accelerate growth and lift consumer confidence, which has slumped this summer.