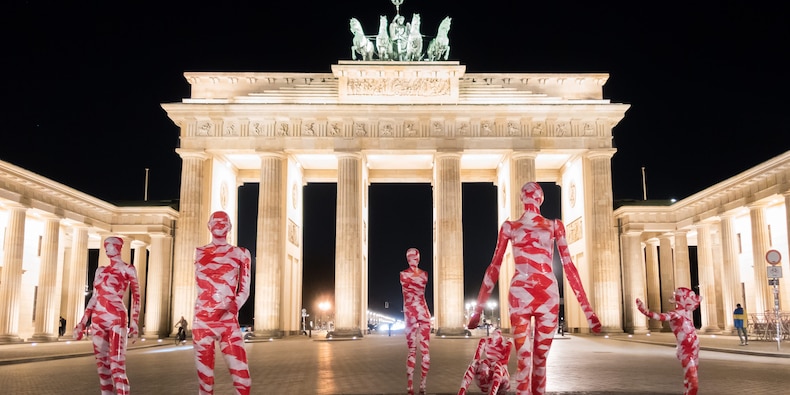 The eurozone economy shrank in the first three months of the year, as the bloc struggled to contain the COVID-19 pandemic and a slow vaccine rollout weighed on business and household confidence.

Gross domestic product in the 19-member single currency bloc fell 0.6% quarter on quarter, or 1.8% year on year, according to official preliminary data released on Friday.

The figures confirmed the eurozone fell into another recession – usually defined as two consecutive quarters of falling GDP – in the first three months of the year. Eurozone GDP fell 0.7% quarter on quarter in the final three months of 2020, or 4.9% year on year.

It contrasts starkly with the US economy, which expanded 1.6% in the first quarter after growing 1.1% in the final three months of 2020. That amounted to an annualized increase of 6.4%.

In the eurozone, Portugal recorded the biggest fall in GDP, with the economy shrinking 3.3% compared to the previous quarter, followed by Latvia (-2.6%) and economic powerhouse Germany (-1.7%).

However, economists are hopeful that the worst is behind the bloc’s economy. The European Union’s initially slow vaccination program has picked up speed, and coronavirus cases are falling.

A survey released on Wednesday showed businesses in the bloc are highly optimistic about the future strength of the economy, with the economic sentiment indicator smashing expectations.

The GDP data released Friday showed the French economy beat expectations in the first quarter despite putting in place new lockdown measures. It grew 0.4% quarter on quarter, after shrinking 1.4% in the final three months of last year.

Yet Germany suffered a deeper downturn than expected. Europe’s biggest economy shrank 1.7% quarter on quarter, after growing 0.5% in the fourth quarter of 2020.