The NL East was supposed to be MLB’s best division, but may be the worst in 2021. What happened?

Entering 2021, the National League East was expected to be one of the most competitive divisions in baseball, with the New York Mets, Philadelphia Phillies and Washington Nationals pushing the three-time defending champion Atlanta Braves – not to mention the upstart Miami Marlins coming off a postseason trip in 2020.

Instead, this group has been disappointing. The first-place Phillies are the only team at .500 entering Wednesday, the Mets have had one of the worst offenses in baseball, the Braves' reigning MVP is batting .208 and the Nationals have been largely without one of the best hitters in baseball.

A team-by-team look at what's gone wrong in the NL East – and if things can be turned around:

What's wrong? Philadelphia totally overhauled its bullpen after the team's relievers posted a 7.06 ERA in 2020 – the second-worst mark in MLB history – but the group is having a tough time again this year, its 4.90 ERA ranks 25th in baseball. Andrew McCutchen (.191 BA) and Alec Bohm (.588 OPS) haven't had the best starts to the season either.

Can they fix it? Hard to tell. The Phillies are in first place entering Wednesday, but they showed last year just how a bad bullpen can tank an otherwise-fine team. Bohm's strong 2020 (.338 average, second in NL Rookie of the Year voting) was a big reason that Philadelphia thought it could end a decade-long postseason drought, but they're going to have ride out the 24-year-old's struggles in the heart of the order.

What's wrong? Injuries have piled up for the 2019 World Series champions, with COVID-19 keeping a handful of players sidelined in the season's opening weeks. Juan Soto missed 10 of the team's first 25 games, Stephen Strasburg has only made two starts and key offseason addition Jon Lester didn't make his debut until April 30.

Can they fix it? Yes. Any team with Max Scherzer, Strasburg, Patrick Corbin and Lester in the rotation should be considered a contender – even if Strasburg has a tough time staying on the field. There's some questions with the lineup, but Trea Turner has been perhaps the best shortstop in baseball and Soto's presence everyday will make up for a lot of the team's shortcomings. 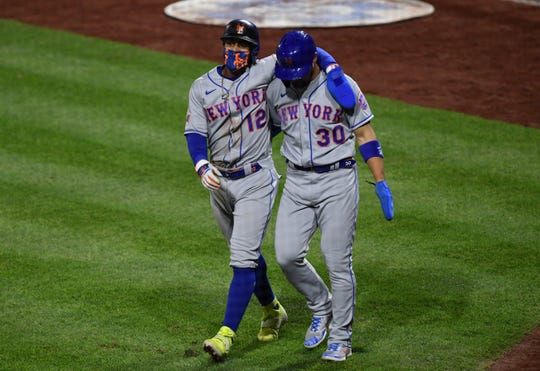