The UK’s year in business: the winners, losers and bumper pay packets

It was an unprecedented year that none of us will forget. The coronavirus pandemic shook the world of business and economics to its core and continues to have profound, often unpredictable effects, some of them permanent. It hasn’t all been about Covid-19 though. 2020 also witnessed the usual corporate chicanery, deal-making and scandal. There were world-changing cultural and political moments, landmark departures and arrivals as well as, of course, some pocket-stretching pay packets. Here is a review of the year in business.

The shift to buying goods and services online accelerated during the pandemic. Any company that could deliver essential goods to the door or provide digital services became instantly indispensable. Supermarkets moved quickly to increase online delivery slots, and took on thousands of extra workers to help meet the additional demand.

While whole segments of the economy shut down, supermarket tills rang non-stop. Morrison’s boss, David Potts, declared a “renaissance” of the supermarket and Tesco’s profits surged. Web-only pioneer Ocado proved a clear winner, with earnings nearly doubling and shares up about 80% since the beginning of the year.

Amazonwas a big beneficiary as non-essential shops were forced to close and people stayed at home. Skyrocketing demand helped its founder-boss, Jeff Bezos, increase his net worthby $13bn (£10bn) in a single day to take his personal wealth to an unprecedented $189bn.. His workers didn’t fare quite so well.

It was an even better year than normal to be a multi-billionaire, in fact. Ten of them increased their combined wealth by $400bn.

Increased hygiene protocols paid off for Dettol-maker Reckitt Benckiser, although it did have to warn people against ingesting its disinfectant to combat Covid-19 after the US president Donald Trump floated the idea.

The video-conferencing service Zoom emerged from relative obscurity to become a household name valued at about $100bn. “You’re on mute!” became a pandemic catchphrase.

Online gambling companies ended 2020 worth more than they were at the beginning of the year. After an initial hit caused by the suspension of sports, bored punters flocked to online poker, roulette and slot machines.

Many homebuyers were handed a boost, thanks to the chancellor’s stamp duty holiday.

Other winners included some of those with political connections and contacts with a Chinese face mask supplier. Hundreds of millions of pounds of contracts were handed out, with next to no scrutiny, sparking allegations of cronyism.

Several industries are facing an existential threat, putting hundreds of thousands of jobs at risk.

Hospitality has borne the brunt, prompting warnings that tens of thousands of pubs, restaurants, bars and hotels could disappear. Pub groups such as Marston’s and Greene King cut jobs, while the nightclub firm Deltic filed for administration. Worse could follow with the lucrative Christmas period ruined for many.

The picture is similarly bleak in travel, tourism and leisure. By early October, more than 40 airlines had gone bust. Refused a government bailout, billionaire Sir Richard Branson had to prop up Virgin Atlantic with a £1.2bn rescue package, including £200m of his own money. EasyJet denied it faced collapse.

British Airways lost a staggering £5bn in the first nine months of the year, while tour operator TUI announced losses of £1.8bn. In entertainment, Cineworld shut UK and US cinemas indefinitely, while many live music and theatre businesses face oblivion.

And let’s not forget the estimated 3 million people, such as some self-employed, who have seen limited or no benefit from government measures to support businesses and jobs. 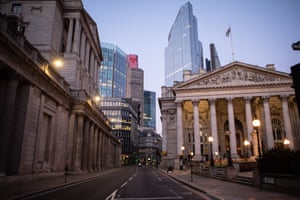 This all made for some mind-blowing and unwelcome economic and financial milestones.

The Bank of England cut interest rates to a record low of 0.1%, while quantitative easing, in effect pumping money into the economy, reached £895bn.

As global trade slowed, so did demand for oil, with mind-boggling results. The price of US oil briefly moved into negative territory, as traders paid to be rid of unwanted barrels rather than incur storage costs.

In March there were a series of stomach-churning stock market crashes. The FTSE suffered the second worst day in its history, losing 10.9%. Wall Street suffered a similar fate, before staging a remarkable resurgence, thanks in part to booming tech stocks and support from the Federal Reserve.

Heroes and reasons to be cheerful

The pandemic allowed some businesses – and their staff in particular – to shine. Supermarket workers, cleaners and delivery drivers emerged as some of the true heroes of the crisis.

In the early days, industrials rallied round in a wartime-style effort, with the likes of Airbus, Rolls-Royce and McLaren joining the Ventilator Challenge to produce thousands of medical ventilators that, thankfully, have not been needed in the quantities feared.

Fashion firms including Burberry made PPE, while the likes of the chemicals firm Ineos and craft beer firm BrewDog churned out hand sanitiser.

You don’t often hear three cheers for Big Pharma but the likes of Pfizer and AstraZeneca have won public goodwill thanks to swift work producing vaccines.

Retailers paid back £1.8bn in state support that they did not need, including Sainsbury’s, Asda, B&M, Aldi, Tesco and Morrisons.

Away from coronavirus, the Black Lives Matter movement led many businesses to engage more seriously with racial discrimination and inequality, but progress has been slow and critics have warned firms must wake up to race issues.

2020 spawned tales of skulduggery worthy of the late John Le Carre. In January, fugitive former Nissan boss Carlos Ghosn told of his dramatic escape from incarceration in Japan. Accused of financial misconduct, Ghosn was smuggled to Lebanon thanks to an elaborate plot that involved him hiding in an audio equipment box.

Tidjane Thiam, one of the stars of banking, was ousted as boss of Swiss bank Credit Suisse after a saga involving corporate espionage, an alleged car chase and bitter personal vendettas.

The payment processing firm Wirecard enjoyed the backing of the entire German financial establishment as it tried every trick in the book to discredit Financial Times reporters who eventually unmasked the company as a fraudulent house of cards.

British firms played their part, too. Aston Martin was revealed to have close links to a “sock puppet” PR firm questioning the green credentials of electric vehicles.

Then there was the furore over fast fashion firm Boohoo and its ties to garment factories in Leicester and Pakistan, where workers were allegedly underpaid and exposed to unsafe working conditions.

The fallout from the collapse of London Capital & Finance, costing investors £236m, cast significant doubt on the efficacy of the financial watchdog, the FCA.

Covid-19 subdued merger and acquisition activity but the US graphics card specialist Nvidia swooped for Cambridge-based chipmaker Arm Holdings, in a $40bn deal that sparked concern about the future of a rare British tech world-leader.

The ticket resale firm Viagogo announced a $4bn takeover of rival StubHub, only to see the British Competition & Markets Authority step in and threaten to scupper the whole thing. The deal hangs in the balance.

After months of uncertainty, British Steel was eventually sold to the Chinese firm Jingye, securing the future of steelmaking in Scunthorpe.

As the UK considers a crackdown on gambling, the US is opening up. The Las Vegas casino firm Caesars grabbed William Hill with a £2.9bn takeover. Meanwhile, the Paddy Power owner, Flutter, completed a $12.3bn merger with Canada’s The Stars Group, creating the world’s largest online gambling company.

As the year drew to a close, the security firm G4S accepted a £3.8bn offer from its US rival Allied Universal Security Services.

Tesla’s founder, Elon Musk, took the first steps on the road towards a controversial $55.8bn pay bonanza. It hinges on some tough targets, including Tesla reaching a market value of $650bn. The electric car firm zoomed through that barrier earlier this month following a remarkable and sustained rise.

In the UK, Matthew Moulding, the chief executive of the e-commerce firm The Hut Group, was in line for £830m in performance-related shares thanks to its strong performance since listing. He claims to have made 74 staff millionaires too. 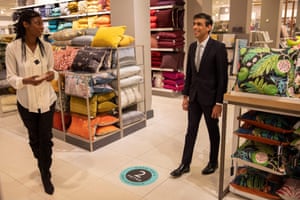 It’s hard to believe that Rishi Sunak only became chancellor of the exchequer in February. He was briefly flavour of the month when handing out more than £210bn in Covid relief to fund the furlough scheme and initiatives such as eat out to help out. His star has fallen a little since then and he faces the tough task of managing the finances during a recession.

As Sunak arrived, the Bank of England governor Mark Carney bowed out after seven years overseeing a post-banking crisis British economy, with his reputation pretty much intact. Andrew Bailey succeeded him at Threadneedle Street.

Sharon White became chair of John Lewis Partnership in February. Joining at a challenging time for the retail sector, White quickly made major decisions, including the closure of eight of its 50 department stores, including big outlets in Birmingham and Watford, with significant job losses.

IAG’s boss Willie Walsh timed his exit to perfection, leaving the British Airways owner just as global aviation entered the biggest crisis in its history. As he retired, so did BA’s fleet of 747 jumbo jets.

Speaking of goodbyes, there was the small matter of Britain bidding adieu to the European Union on 31 January 2020.

Sadly, the tourism world said goodbye to John Hays, of travel agency Hays Travel. He and wife Irene stepped in to rescue the Thomas Cook stores in 2019. 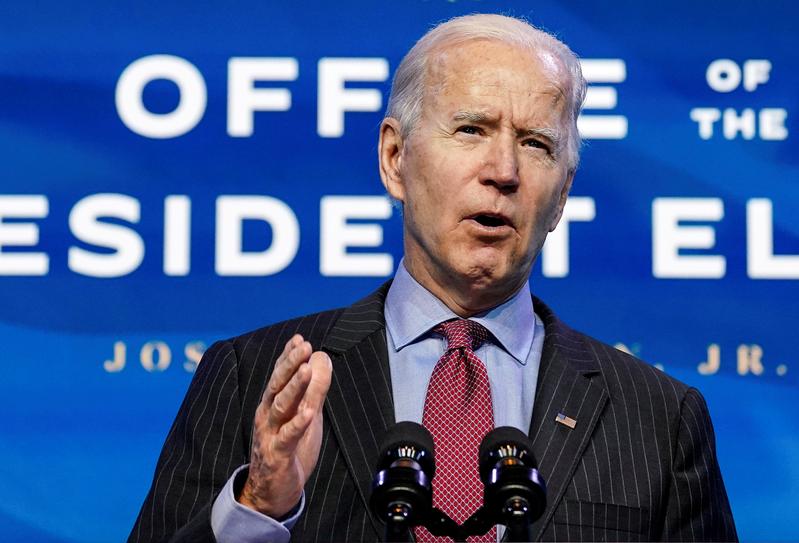