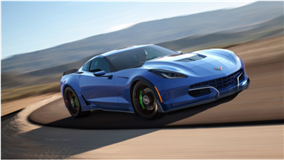 This Is the Fastest-Selling Car in America

Car sales collapsed at the start of the COVID-19 pandemic and remained depressed through most of last year. Among the causes were financial uncertainty and the inability of people to go to dealerships. The situation improved late last year, as American car sales began to normalize. The sales of some models, in particular, rose above their levels of a year ago. Additionally, car sales in general also got a boost because of historically low-interest rates, held down by the Federal Reserve, which allowed manufacturers to offer attractive car loan terms.

Car manufacturers ship vehicles to their dealers based on supply and on what the dealers believe they can sell by model. At the manufacturer’s end, factory output is an issue. At the dealer end, it is an educated guess about what the people in a market want.

Based on this manufacturer/dealer balance, the number of days a car typically sits on the dealer lot averaged 47.4 days last month. Several cars are on lots for a much shorter time, due to either manufacturer factory limitations or huge consumer demand at the dealer level.

The car most in-demand in the United States last month, which makes it the fastest-selling car in America, is the Chevy Corvette, the flagship vehicle of the largest division of GM, as well as the only two-seat sports car that has been made continuously for over six decades (since 1953). The Corvette’s days-to-sell figure is 9.4, according to iSeeCars.

The 20 Fastest-Selling Cars in America

Click here to see the slowest-selling new car in America.

Get Our Free Investment Newsletter