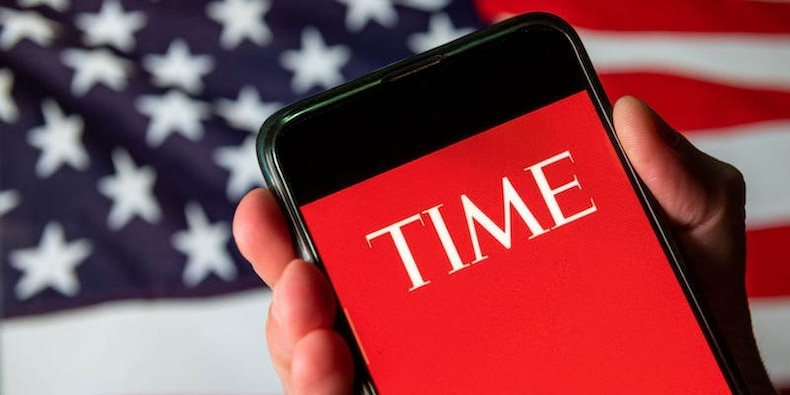 Time magazine announced on Monday that it plans on getting into the crypto market.

According to a Tweet from Time's President Keith Grossman, the magazine and news website will begin accepting cryptocurrencies as a form of payment for digital subscriptions within the next thirty days.

The company will also be selling three of its magazine covers as non-fungible tokens, according to a report from Yahoo Finance.

Time released its first-ever NFT cover on Monday featuring the words "Is Fiat Dead?" in a nod to iconic cover designs from the past. The company is auctioning the NFT and two others on SuperRare, a digital artworks marketplace.

The move by time to enter the NFT and market comes amid a boom for the digital collectibles industry.

After Beeple's $69 million sale of "Everydays: The First 5000 Days" NFTs have become the talk of the town. Google searches for "NFT" hit a record high over the weekend, and even musicians like Steve Aoki are entering the market selling millions worth in digital art/collectibles.

Grossman said that his company is "very comfortable seeing the trend lines as to where this is going. And so our goal is is to get there first to get there fast. And then to be able to open it up to others."

Bitcoin's rise to over $60,000 per coin, before a recent pullback, has brought new attention to the digital currency market. Over the past year alone bitcoin has seen its price jump roughly 800%. And despite warnings from economists, investors, professors, and more, the digital currency continues its historic rise.

Now that institutional investors like Tesla and Square have entered the fray, major companies are far more comfortable making announcements about digital assets.

Time isn't the only company that has begun accepting digital currencies. From Mastercard to luxury hotel chains, a slew of new businesses have decided to allow customers to pay with digital currency.