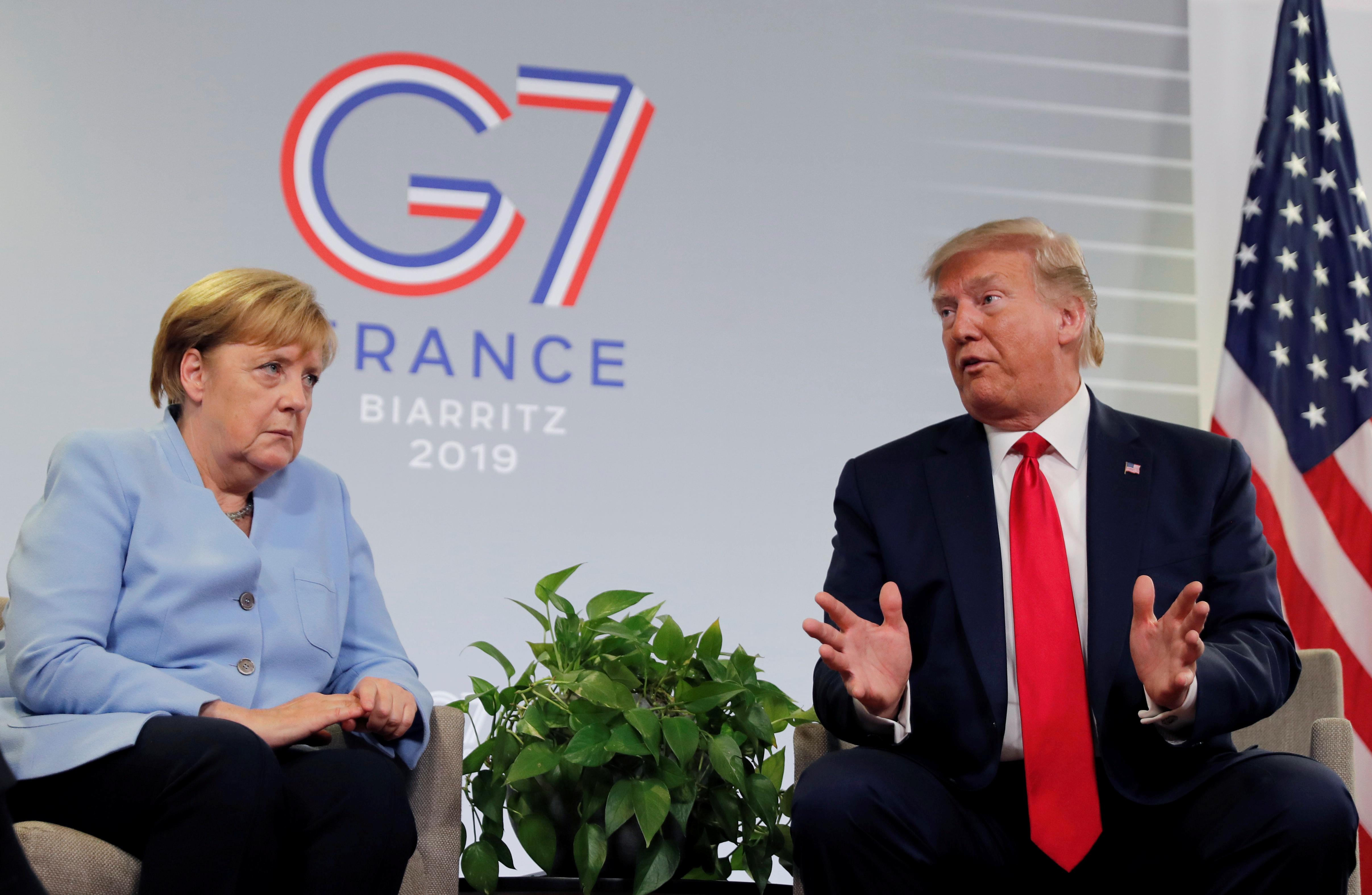 BIARRITZ, France (Reuters) – U.S. President Donald Trump said on Monday that he and German Chancellor Angela Merkel discussed a trade deal with the European Union and said he hoped Washington would not have to consider imposing tariffs on German cars.

He was speaking on the sidelines of a G7 summit in the French coastal resort of Biarritz, which Trump said had been productive.