NEW YORK (Reuters) – Global stock markets rose and the S&P 500 notched a record closing high for the second time this week on Friday as data showed U.S. economic growth accelerated in the first quarter, while the dollar fell against a basket of currencies. 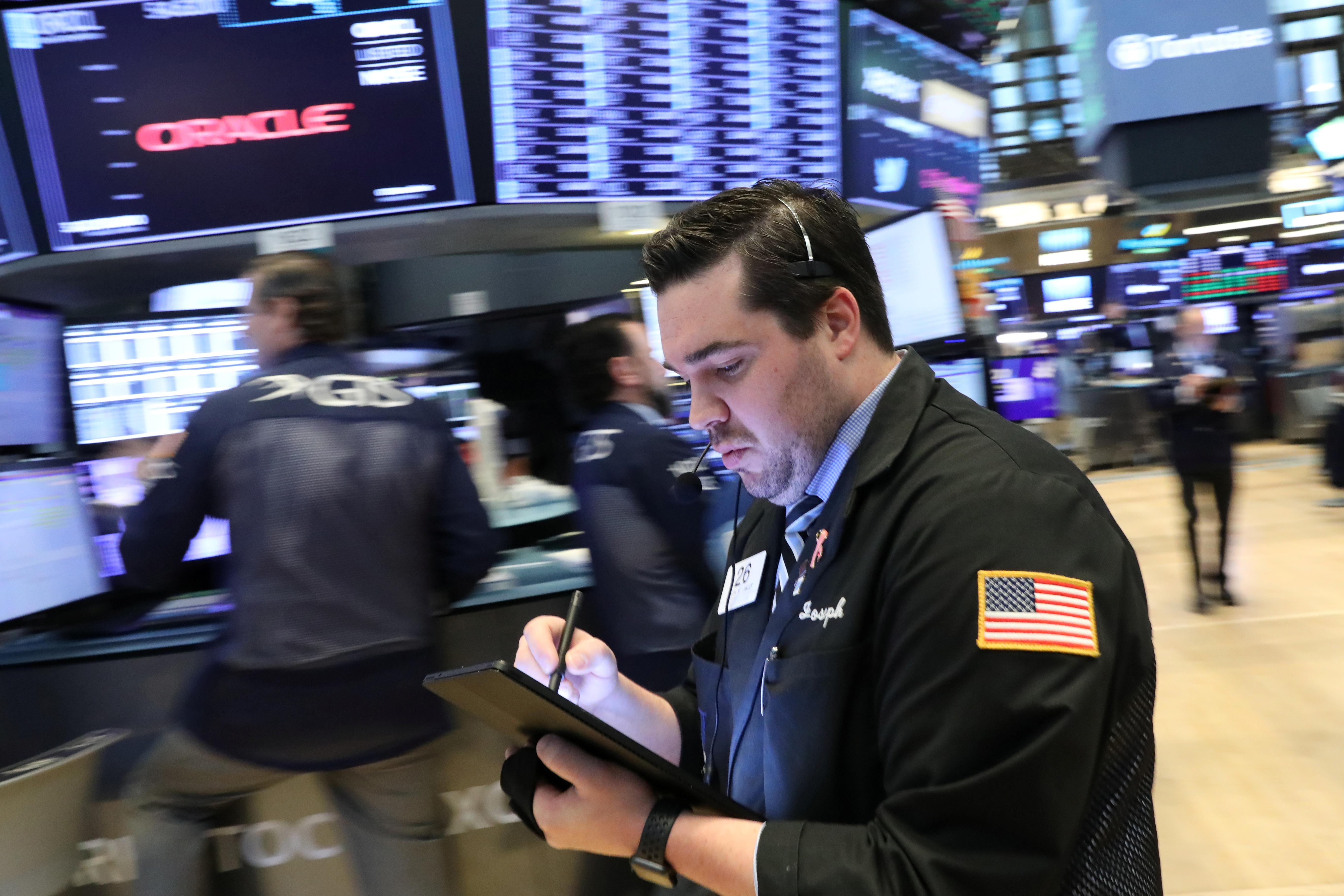 The Commerce Department said U.S. gross domestic product increased at a 3.2% annualized rate, and the surge in growth put to rest fears of a recession.

Results late Thursday from Amazon.com, whose shares gained 2.5% on Friday, boosted expectations for the profit outlook, even as Intel Corp cut its full-year revenue forecast and Exxon Mobil and Chevron shares fell following their results.

The GDP number was a positive for the market, and investors seem satisfied with earnings despite some negative surprises, said Rick Meckler, partner at Cherry Lane Investments, a family investment office in New Vernon, New Jersey.

“There’s a lot of momentum buying, and with the thought that new highs are likely, there is continued optimism,” he said. “The one thing about this market and its long rally is as it’s done well, it’s dragged more believers into it, and it’s sort of self-fulfilling.”

Expectations for first-quarter S&P 500 earnings have improved since the start of the reporting period, with earnings now projected to have declined just 0.3% from a year ago, according to IBES data from Refinitiv.

The GDP report was not all upbeat, however. The jump in U.S. economic growth was driven by a smaller trade deficit and the largest accumulation of unsold merchandise since 2015, temporary factors that are likely to reverse in the coming quarters.

The dollar index fell 0.18%. The index, which hit a 23-month high earlier in the session, was up for the week.

The GDP release sets the stage for a Federal Reserve interest rate decision next week, when investors will try to anticipate how the U.S. central bank will react to mostly resilient indicators of late.

The rebound has not been mirrored in inflation, which remains subdued across much of the developed world, prompting a host of central banks to turn dovish.

Just this week central banks in Sweden and Canada backed off plans to tighten, while the Bank of Japan tried to dispel doubts about its accommodative stance by pledging to keep rates at super-low levels for at least one more year.

The Fed next week is expected to reaffirm its patient stance. A Reuters poll of analysts published on Thursday found most believed the Fed was done with tightening altogether.