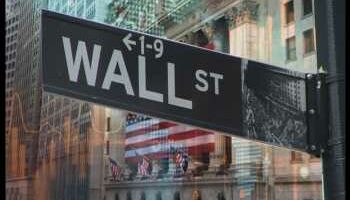 Following the release of disappointing retail sales data, stocks saw significant weakness during trading on Tuesday. With the notable drop on the day, the Dow and the S&P 500 pulled back off Monday’s record closing highs.

The weakness on Wall Street came after the Commerce Department released a report showing U.S. retail sales tumbled by much more than expected in the month of July.

The report said retail sales slumped by 1.1 percent in July after climbing by an upwardly revised 0.7 percent in June.

Economists had expected retail sales to dip by 0.3 percent compared to the 0.6 percent increase originally reported for the previous month.

Excluding a steep drop in sales by motor vehicles and parts dealers, retail sales fell by 0.4 percent in July after jumping by 1.6 percent in June. Ex-auto sales were expected to inch up by 0.1 percent.

A steep drop by shares of Home Depot (HD) also weighed on the markets, with the home improvement retailer plunging by 4.3 percent after reporting second quarter earnings that beat estimates but weaker than expected same-store sales growth.

Steel stocks showed a substantial move to the downside amid concerns about the global economic outlook, resulting in a 3.1 percent nosedive by the NYSE Arca Steel Index.

Considerable weakness was also visible among housing stocks, as reflected by the 2.9 percent slump by the Philadelphia Housing Sector Index.

The sell-off by housing stocks came after the National Association of Home Builders released a report showing homebuilder confidence fell to its lowest level in a year in August.

Airline stocks also saw significant weakness on the day, with the NYSE Arca Airline Index tumbling by 2.4 percent to its lowest closing level in almost a month.

Meanwhile, the major European markets turned in a mixed performance on the day. While the U.K.’s FTSE 100 Index rose by 0.4 percent, the German DAX Index closed just below the unchanged line and the French CAC 40 Index dipped by 0.3 percent.

In the bond market, treasuries showed a lack of direction for much of the session before closing roughly flat. As a result, the yield on the benchmark ten-year note, which moves opposite of its price, crept up by less than a basis point to 1.258 percent.

A report on new residential construction may attract some attention on Wednesday, although traders are likely to pay closer attention to the minutes of the latest Fed meeting.

On the earnings front, retail giants Target (TGT) and Lowe’s (LOW) are among the companies due to report their quarterly results before the start of trading on Wednesday.