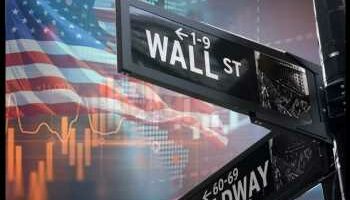 Data showing U.S. business activity dropping for a second straight month and at the fastest pace as well since May 2020 weighed.

Investors also ahead to Fed Chair Jerome Powell’s speech at the central bank’s annual Jackson Hole economic symposium later this week for clues about the bank’s outlook for the economy and interest rates.

Data from Markit Economics showed the S&P Global US Composite PMI came in with a score of 45 for August, down from a reading of 47.7 in July.

Data from the Commerce Department showed new home sales in the U.S. dropped 12.6% month-over-month to a seasonally adjusted 511,000 in July, the lowest reading since January 2016.

According to a report from the Federal Reserve Bank of Richmond, the Richmond Fed composite manufacturing index fell to -8 in August from 0 in the previous month.

Meanwhile, Redbook Research Inc. said that the Redbook index increased by 13.5 percent in the week ending August 20, 2022 over the same week in the previous year.

Shares of Zoom Video plunged 16.5 percent after the company lowered its full-year forecast.

Twitter shares tumbled more than 7 percent, weighed down by news about filing of complaints against the company at the Securities Exchange Commission.

Shares of Palo Alto Networks soared more than 12 percent after the company reported stronger than expected fourth-quarter results thanks to a surge in billings amid growing cybersecurity demand.

The major European markets closed lower on Tuesday, extending losses to a third straight session, as concerns over monetary tightening by central banks and fears about economies falling into a recession continued to weigh on investor sentiment.