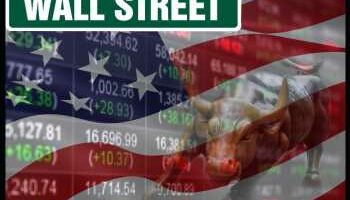 U.S. Stocks Give Back Ground After Early Move To The Upside

After an early move to the upside, stocks have given back ground over the course of morning trading on Friday. The major averages have pulled back well off their highs of the session, with the Dow and the S&P 500 sliding firmly into negative territory.

The initial strength on Wall Street was partly due to bargain hunting after the sell-off seen on Thursday dragged the major averages down to their lowest closing levels in well over a year.

Buying interest waned shortly after the start of trading, however, as concerns about the economic outlook amid aggressive monetary policy tightening by global central banks continues to weigh on the markets.

Negative sentiment may also have been generated by a report from the Federal Reserve showing U.S. industrial production increase by less than expected in the month of May,

The Fed said industrial production crept up by 0.2 percent in May after surging by an upwardly revised 1.4 percent in April.

Economists had expected production to rise by 0.4 percent compared to the 1.1 percent jump originally reported for the previous month.

“The muted 0.2% m/m rise in industrial production in May adds to the evidence that the economy is slowing,” said Andrew Hunter, Senior U.S. Economist at Capital Economics.

He added, “But there is still little in activity data to suggest a recession is on the horizon, or to dissuade the Fed from pressing ahead with more aggressive policy tightening.”

A separate report from the Conference Board showed a continued decrease by its reading on leading U.S. economic indicators in the month of May.

The report showed the Conference Board’s leading economic index fell by 0.4 percent in May, matching the revised drop seen in April as well as economist estimates.

“The US LEI fell again in May, fueled by tumbling stock prices, a slowdown in housing construction, and gloomier consumer expectations,” said Ataman Ozyildirim, Senior Director of Economic Research at The Conference Board.

He added, “The index is still near a historic high, but the US LEI suggests weaker economic activity is likely in the near term—and tighter monetary policy is poised to dampen economic growth even further.”

Energy stocks have come under pressure over the course of the morning, moving lower along with the price of crude oil. Crude for July delivery is currently plunging $5.18 to $112.41 a barrel.

Considerable weakness has also emerged among steel stocks, as reflected by the 1.9 percent drop by the NYSE Arca Steel Index.

The weakness in the steel sector comes even though U.S. Steel (X) forecast second quarter earnings above analyst estimates.

Housing, chemical and gold stocks have also moved to the downside, while a rally by biotechnology stocks is contributing to a 3 percent spike by the NYSE Arca Biotechnology Index.

In overseas trading, stock markets across the Asia-Pacific region turned in another mixed performance during trading on Friday. Japan’s Nikkei 225 Index tumbled by 1.8 percent, while China’s Shanghai Composite Index jumped by 1 percent.

In the bond market, treasuries have pulled back off their highs of the session but are seeing continued strength. As a result, the yield on the benchmark ten-year note, which moves opposite of its price, is down by 3.6 basis points at 3.271 percent.