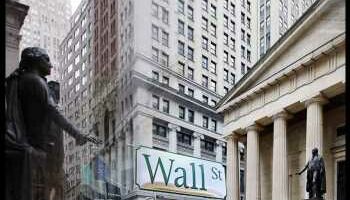 U.S. Stocks Give Back Ground After Early Move To The Upside

After showing a strong move to the upside early in the session, stocks have given back ground over the course of the trading day on Thursday. The S&P 500 reached a new record intraday high but has pulled back along with the other major averages.

The volatility on Wall Street comes following the release of a highly anticipated Labor Department report showing a bigger than expected increase in consumer prices in the month of May.

Excluding food and energy prices, core consumer prices climbed by 0.7 percent in May following a 0.9 percent advance in April. Core prices were also expected to rise by 0.4 percent.

The report also showed consumer prices in May were up by 5.0 percent compared to the same month a year ago, reflecting the biggest spike since August of 2008.

The annual rate of core consumer price growth also accelerated to 3.8 percent in May, which represents the biggest jump since June of 1992.

While the faster rate of inflation may lead the Federal Reserve to consider tightening monetary policy, traders remain optimistic about the economic outlook.

Adding to the positive sentiment about the economy, the Labor Department released a separate report showing another modest decrease in first-time claims for unemployment benefits.

With the slight drop, jobless claims once again fell to their lowest level since hitting 256,000 in the week ended March 14, 2020.

Despite the pullback by the broader markets, pharmaceutical stocks continue to see significant strength on the day. The NYSE Arca Pharmaceutical Index is currently up by 1.3 percent after reaching a record intraday high.

Notable strength also remains visible among biotechnology stocks, as reflected by the 1.1 percent gain being posted by the NYSE Arca Biotechnology Index.

On the other hand, housing stocks have moved sharply lower over the course of the session, dragging the Philadelphia Housing Sector Index down by 2.1 percent to its lowest intraday level in over two months.

Airline stocks have also shown a significant move to the downside on the day, resulting in a 1.7 percent drop by the NYSE Arca Airline Index.

In the bond market, treasuries have bounced back near the unchanged line after coming under pressure early in the session. Subsequently, the yield on the benchmark ten-year note, which moves opposite of its price, is up by less than a basis point at 1.496 percent.