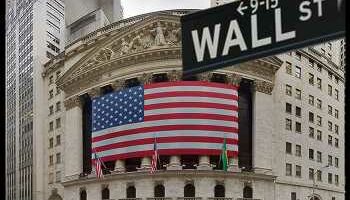 After moving sharply lower over the course of the previous session, stocks are likely to see further downside in early trading on Thursday. The major index futures are currently pointing to a notably lower open for the markets, with the Dow futures down by 377 points.

Lingering concerns about the global economy are likely to continue to weigh on Wall Street, dragging the S&P 500 closer to bear market territory.

The S&P 500 is currently about 18 percent below its record closing high, just of the 20 percent decline that signals a bear market.

Traders remain worried that aggressive interest rate hikes by the Federal Reserve could lead to a period of stagflation or an outright recession.

In U.S. economic news, a report released by the Labor Department showed first-time claims for U.S. unemployment benefits unexpectedly increased in the week ended May 14th.

Economists had expected jobless claims to edge down to 200,000 from the 203,000 originally reported for the previous week.

A separate report from the Federal Reserve Bank of Philadelphia showed a significant slowdown in the pace of growth in regional manufacturing activity.

Shortly after the start of trading, the National Association of Realtors is scheduled to release its report on existing home sales in the month of April. Existing home sales are expected to decrease by 0.7 percent.

After showing a strong upward move in Tuesday’s session, stocks showed a substantial move back to the downside during trading on Wednesday. With the steep drop on the day, the Dow and the S&P 500 ended the session at their lowest closing levels in over a year.

The major European markets have also shown significant moves to the downside on the day. While the U.K.’s FTSE 100 Index has tumbled by 2.2 percent, the French CAC 40 Index is down by 2 percent and the German DAX Index is down by 1.7 percent.