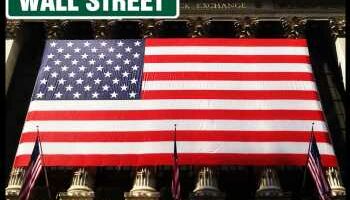 U.S. Stocks May Give Back Ground After Yesterday’s Late-Day Strength

Following the late-day advance seen in the previous session, stocks are likely to move back to the downside in early trading on Tuesday. The major index futures are currently pointing to a lower open for the markets, with the Dow futures down by 200 points.

Uncertainty about the Federal Reserve’s monetary policy decision on Wednesday may lead traders to cash in on the upward move seen in the final hour of trading on Monday.

The Fed is widely expected to raise interest rates by another 75 basis points, although some see an outside chance for a 100 basis point rate hike.

Several of other major central banks around the world are also scheduled to announce their latest monetary policy decisions this week, including the Bank of England and the Bank of Japan.

A notable drop by shares of Ford (F) may also weigh on Wall Street, with the auto giant slumping by 4.7 percent in pre-market trading.

The pullback by Ford comes after the company warned inflation-related supplier costs during the third quarter will run about $1.0 billion higher than originally expected.

On the U.S. economic front, the Commerce Department released a report showing an unexpected spike in new residential construction in the U.S. in the month of August, although the report also showed a steeper than expected slump in building permits.

The sharp increase surprised economists, who had expected housing starts to edge down by 0.1 percent to an annual rate of 1.445 million from 1.446 million originally reported for the previous month.

Meanwhile, the Commerce Department said building permits plunged by 10.0 percent to an annual rate of 1.517 million in August after slipping by 0.7 percent to a revised rate of 1.685 million in July.

Economists had expected building permits, an indicator of future housing demand, to tumble by 4.5 percent to an annual rate of 1.610 million from the 1.674 million originally reported for the previous month.

Stocks recovered from an initial move to the downside and spent much of the trading session on Monday showing a lack of direction before advancing going into the close. The major averages all regained ground following the steep losses posted last week.

Meanwhile, the major European markets have moved to the downside on the day. While the U.K.’s FTSE 100 Index has dipped by 0.4 percent, the German DAX Index is down by 0.9 percent and the French CAC 40 Index is down by 1.1 percent.