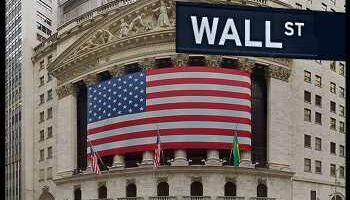 U.S. Stocks May Give Back Ground On Disappointing Earnings News

Following the rally seen over the course of the previous session, stocks are likely to move back to the downside in early trading on Friday. The major index futures are currently pointing to a lower open for the markets, with the S&P 500 futures down by 0.8 percent.

A negative reaction to the latest batch of earnings news is likely to weigh on Wall Street, with shares of Amazon (AMZN) tumbling by 10 percent in pre-market trading.

The steep drop by Amazon comes after the online retail giant reported an unexpected first quarter loss and provided disappointing revenue guidance for the current quarter.

Shares of Apple (AAPL) are also seeing pre-market weakness after the tech giant reported better than expected fiscal second quarter earnings but warned supply chain issues would hurt third quarter sales by as much as $8 billion.

On the U.S. economic front, a report released by the Commerce Department showed U.S. personal income increased by slightly more than expected in the month of March, while U.S. personal spending jumped by much more than anticipated.

The Commerce Department said personal income rose by 0.5 percent in March after climbing by an upwardly revised 0.7 percent in February.

Economists had expected personal income to rise by 0.4 percent compared to the 0.5 percent increase originally reported for the previous month.

The report also showed personal spending jumped by 1.1 percent in March after advancing by an upwardly revised 0.6 percent in February.

Personal spending was expected to increase by 0.7 percent compared to the 0.2 percent uptick originally reported for the previous month.

Just after the start of trading, MNI Indicators is scheduled to release its report on Chicago-area business activity in the month of April. The Chicago business barometer is expected to drop to 57.0 in April from 62.9 in March.

After another rollercoaster ride early in the session, stocks moved sharply higher over the course of the trading day on Thursday. The tech-heavy Nasdaq led the rally after ending Wednesday’s trading at its lowest closing level in over a year.

In overseas trading, stock markets across the Asia-Pacific region moved mostly higher during trading on Friday, with the Japanese markets closed for a holiday. China’s Shanghai Composite Index shot up by 2.4 percent, while Hong Kong’s Hang Seng Index soared by 4 percent.

The major European markets have also moved to the upside on the day. While the German DAX Index has jumped by 1.1 percent, the French CAC 40 Index is up by 0.7 percent and the U.K.’s FTSE 100 Index is up by 0.5 percent.