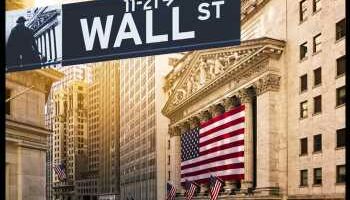 Following the pullback seen in the previous session, stocks may move back to the upside in early trading on Wednesday. The major index futures are currently pointing to a higher open for the markets, with the S&P 500 futures up by 16 points.

Powell reiterated the belief that “substantial further progress” towards the Fed’s goals of maximum employment and price stability is “still a ways off,” suggesting the central bank is not likely to begin tightening monetary policy anytime soon.

The Fed chief also once again stressed that the Fed will provide “advance notice” before announcing any changes to its asset purchase program.

Powell acknowledged that inflation has increased notably and will likely remain elevated in coming months but predicted inflation would moderate as the effects of the production bottlenecks unwind.

The comments about inflation comes as the Labor Department released a report showing producer prices jumped by much more than expected in the month of June.

The Labor Department said its producer price index for final demand surged up by 1.0 percent in June after climbing by 0.8 percent in May. Economists had expected producer prices to rise by 0.6 percent.

The report also showed the annual rate of producer price growth accelerated to 7.3 percent in June from 6.6 percent in May, reaching the highest level since 12-month data were first calculated in November of 2010.

On the earnings front, shares of Citigroup (C) are seeing pre-market strength after the financial giant reported better than expected second quarter earnings.

Delta Air Lines (DAL) may also move to the upside after the airline reported a narrower than expected second quarter loss on revenues that exceeded analyst estimates.

Meanwhile, shares of Bank of America (BAC) may see initial weakness after the financial giant reported second quarter earnings that beat expectations but on weaker than expected revenues.

Later in the day, the Federal Reserve is due to release its Beige Book, a compilation of anecdotal evidence on economic conditions in each of the twelve Fed districts.

After ending Monday’s trading modestly higher, stocks moved back to the downside during trading on Tuesday. With the drop on the day, the major averages pulled back off Monday’s record closing highs.