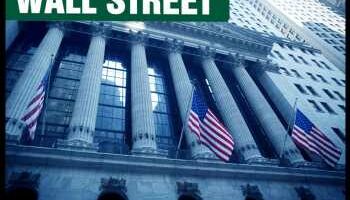 Following the lackluster performance seen over the past few sessions, stocks have moved mostly higher in morning trading on Friday. The major averages have all moved to the upside, although buying interest has been somewhat subdued.

The strength on Wall Street comes as an inflation reading preferred by the Federal Reserve showed an acceleration in the pace of price growth but not as much as traders had feared.

The reading on core consumer prices showed the pace of price growth accelerated to 3.1 percent in April from 1.9 percent in March.

While the increase in prices exceeded economist estimates, the jump was apparently not as severe as to raised concerns about the Federal Reserve tightening monetary policy.

The Fed has attributed the recent increase in prices to “transitory factors” and has repeatedly hinted that it will not consider tightening until prices exceed 2 percent for “some time.”

Biotechnology stocks have shown a significant move to the upside on the day, with the NYSE Arca Biotechnology Index climbing by 1.2 percent.

Notable strength is also visible among software stocks, as reflected by the 1.1 percent gain being posted by the Dow Jones U.S. Software Index.

On the other hand, airline, computer hardware and banking stocks have moved to the downside, partly offsetting the strength in the broader markets.

In overseas trading, stock markets across the Asia-Pacific region moved mostly higher during trading on Friday. Japan’s Nikkei 225 Index spiked by 2.1 percent, while Australia’s S&P/ASX 200 Index surged up by 1.2 percent.

The major European markets have also moved to the upside on the day. While the U.K.’s FTSE 100 Index has risen by 0.3 percent, the French CAC 40 Index and the German DAX Index are up by 0.7 percent and 0.8 percent, respectively.

In the bond market, treasuries are regaining ground after moving notably lower in the previous session. Subsequently, the yield on the benchmark ten-year note, which moves opposite of its price, is down by 2.1 basis points at 1.589 percent.