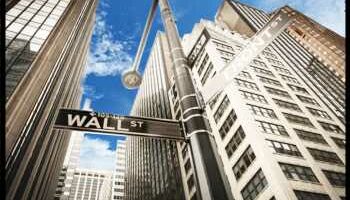 Stocks have gone on another rollercoaster ride during trading on Thursday, extending the volatility seen in the previous session.

The volatility on Wall Street comes as traders another batch of upbeat earnings news against a disappointing report on the U.S. economy.

Shares of Meta (FB) have skyrocketed by 17.1 percent on the day after the Facebook parent reported better than expected quarterly earnings.

Chipmaker Qualcomm (QCOM) has moved sharply higher after reporting quarterly results that beat expectations on both the top and bottom lines.

However, traders are also digesting a report from the Commerce Department showing U.S. economic activity unexpectedly contracted in the first quarter of 2022.

The report said real gross domestic product declined by 1.4 percent in the first quarter after spiking by 6.9 percent in the fourth quarter of 2021. The pullback surprised economists, who had expected GDP to increase by 1.1 percent.

The Commerce Department said the unexpected drop in GDP reflected decreases in private inventory investment, exports, and government spending along with an increase in imports, which are a subtraction in the calculation of GDP

With Qualcomm (QCOM) helping to lead the way higher, semiconductor stocks have shown a substantial move to the upside on the day.

The Philadelphia Semiconductor Index has soared by 4 percent after ending the previous session at its lowest closing level in almost a year.

Significant strength has also emerged among retail stocks, as reflected by the 2.5 percent jump by the Dow Jones U.S. Retail Index. The index is bouncing off a more than one-month closing low.

Housing stocks have also moved sharply higher over the course of the session, driving the Philadelphia Housing Sector Index up by 2.4 percent.

Oil, transportation and networking stocks have also shown notable moves to the upside, moving higher along with most of the other major sectors.

The major European markets also showed strong moves to the upside on the day. While the German DAX Index surged by 1.4 percent, the U.K.’s FTSE 100 Index and the French CAC 40 Index shot up by 1.1 percent and 1 percent, respectively.

In the bond market, treasuries are extending the pullback seen in the previous session. Subsequently, the yield on the benchmark ten-year note, which moves opposite of its price, is up by 4.1 basis points at 2.859 percent.

U.S. Stocks May Give Back Ground After Yesterday’s Late-Day Strength
Politics News