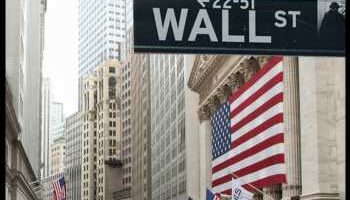 With the Federal Reserve’s latest monetary policy announcement looming, stocks continue to turn in a lackluster performance in mid-day trading on Wednesday. The choppy trading comes after the major averages all ended the previous session in negative territory.

Trading activity is likely to remain subdued in the lead up to the Fed’s latest monetary policy announcement scheduled for 2 pm ET.

The Fed is widely expected to leave monetary policy unchanged, but traders will be paying close attention to any changes to the accompanying statement.

The central bank’s comments about its asset purchase program are likely to be in focus, as many analysts expect the Fed to signal that it is starting to think about tapering.

Along with the monetary policy announcement, the Fed is also due to provide updated projections for the economy, inflation and interest rates.

Traders are likely to keep a close eye on the latest interest rate projections, as the Fed’s previous forecast indicated rates would remain at near-zero levels through 2023.

Ahead of the Fed announcement, the Commerce Department released a report this morning showing housing starts rebounded in the month of May.

A separate report from the Labor Department showed import prices increased by more than expected in the month of May.

Most of the major sectors continue to show only modest moves in mid-day trading, contributing to the lackluster performance by the broader markets.

Steel and banking stocks have climbed well off their worst levels of the day but continue to see notable weakness, while airline stocks have shown a significant turnaround over the course of the session.

Meanwhile, the major European markets turned in a mixed performance on the day. While the German DAX Index edged down by 0.1 percent, the French CAC 40 Index and the U.K.’s FTSE 100 Index both crept up by 0.2 percent.

In the bond market, treasuries are modestly higher ahead of the Fed announcement. As a result, the yield on the benchmark ten-year note, which moves opposite of its price, is down 1.4 basis points at 1.485 percent.