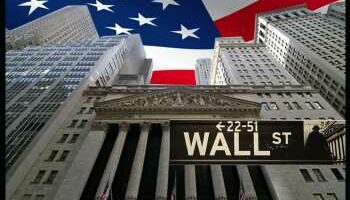 After coming under pressure early in the session, stocks have seen some further downside over the course of the trading day on Monday. The major averages have slid firmly into negative territory, partly offsetting last week’s strong gains.

The pullback on Wall Street may partly reflect profit taking, as traders cash in on some of the strength seen in the markets last week.

Traders may also be moving money out of stocks and into safer havens ahead of the Federal Reserve’s money policy announcement on Wednesday.

The Fed is expected to discuss accelerating the pace of tapering its asset purchase program, with reports suggesting the central bank could double the rate to $30 billion per month.

Oil service stocks continue to see substantial weakness on the day, resulting in a 4.3 percent nosedive by the Philadelphia Oil Service Index.

The sell-off by oil service stocks comes despite a modest increase by the price of crude oil, as crude for January delivery is inching up $0.06 to $71.73 a barrel.

In overseas trading, stock markets across the Asia-Pacific region turned in a mixed performance during trading on Monday. Japan’s Nikkei 225 Index climbed by 0.7 percent, while Hong Kong’s Hang Seng Index dipped by 0.2 percent.

Meanwhile, European stocks moved mostly lower over the course of the session. While the German DAX Index closed just below the unchanged line, the French CAC 40 Index and the U.K.’s FTSE 100 Index slid by 0.7 percent and 0.8 percent, respectively.

In the bond market, treasuries have moved to the upside after ending last Friday’s trading nearly unchanged. As a result, the yield on the benchmark ten-year note, which moves opposite of its price, is down by 6.7 basis points at 1.422 percent.