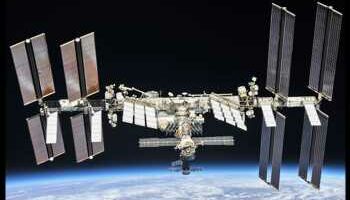 A missile test conducted by Russia on Monday blew up one of their own satellites, creating debris that forced the crew on board the International Space Station to resort to emergency procedures for safety.

The U.S. State Secretary Antony Blinken and NASA condemned Russia over the “dangerous and irresponsible” incident.

This test has so far generated over fifteen hundred pieces of trackable orbital debris and will likely generate hundreds of thousands of pieces of smaller orbital debris, Blinken said in a statement. “The long-lived debris created by this dangerous and irresponsible test will now threaten satellites and other space objects that are vital to all nations’ security, economic, and scientific interests for decades to come,” he added.

Blinken alleged that the incident clearly demonstrate that Russia, despite its claims of opposing the weaponization of outer space, is willing to jeopardize the long-term sustainability of outer space and imperil the exploration and use of outer space by all nations through its reckless and irresponsible behavior.

“The Russian Federation recklessly conducted a destructive satellite test of a direct ascent anti-satellite missile against one of its own satellites,” US state department spokesman Ned Price said at a news conference.

“The US will work with our partners and allies to respond to their irresponsible act,” he told reporters.

“Like Secretary Blinken, I’m outraged by this irresponsible and destabilizing action. With its long and storied history in human spaceflight, it is unthinkable that Russia would endanger not only the American and international partner astronauts on the ISS, but also their own cosmonauts. Their actions are reckless and dangerous, threatening as well the Chinese space station and the taikonauts on board,” he added.

NASA said that after the explosion, the ISS crew was awakened and directed to close the hatches to radial modules on the station, including Columbus, Kibo, the Permanent Multipurpose Module, Bigelow Expandable Activity Module, and Quest Joint Airlock. Hatches between the U.S. and Russian segments remain open.

The crew members took shelter in capsules for about two hours from shortly before 2 a.m. EST as the debris and the cloud passed through.

Seven members of the ISS crew – four Americans, two Russians and a German – are currently living on board the International Space Station as part of the prolonged science and research mission.