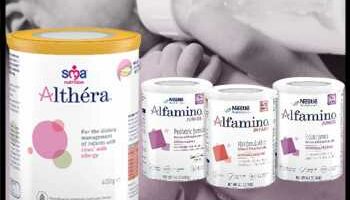 US Imports Additional Baby Formula From Switzerland And Netherlands

The U.S. Government will import 862,000 bottles of infant formula from Switzerland and the Netherlands Friday under Operation Fly Formula to address the nationwide shortage of the product caused by an Abbott Nutrition recall.

The Biden Administration announced that his Administration is sourcing one flight, facilitated by the U.S. Department of Health and Human Services, to transport Nestlé Health Science Alfamino Infant and Alfamino Junior formula and SMA Nutrition Althéra specialty formula products to New York.

These products will be trucked to Plainfield, IN, the White House said.

Approximately 68,000 pounds of Nestlé specialty formula product, filled in 8-ounce bottles, will be distributed through retail, hospitals and home health care providers and are intended for use under medical supervision, it added.

In May, the Food and Drug Administration (FDA) had announced that the agency was exercising enforcement discretion so that Nestlé can export additional infant formula into the U.S.

Over time, Nestlé plans to supply more than 42 million 8-ounce bottle equivalents of baby formula into the U.S. market.

President Joe Biden launched Operation Fly Formula in May to speed up the import of infant formula that meets U.S. health and safety standards and stock enough product in stores as soon as possible.

The Biden Administration is sourcing the Defense Department’s commercial aircraft, facilitated by the HHS for Operation Fly Formula.

These flights will bypass regular air freighting routes to speed up the importation.